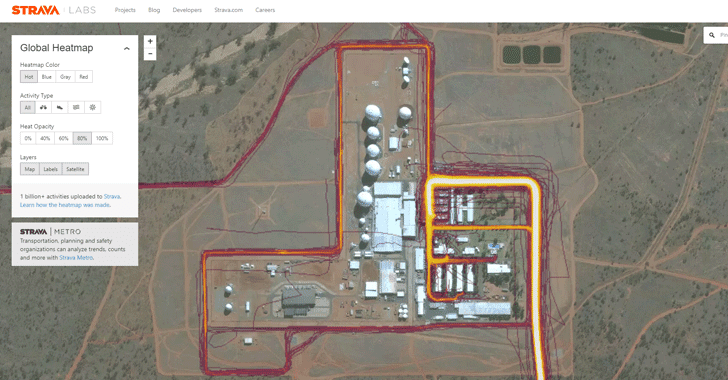 Jan 29, 2018
Every one of us now has at least one internet-connected smart device, which makes this question even more prominent —how much does your smart device know about you? Over the weekend, the popular fitness tracking app Strava proudly published a " 2017 heat map " showing activities from its users around the world, but unfortunately, the map revealed what it shouldn't—locations of the United States military bases worldwide. Strava which markets itself as a "social-networking app for athletes" publicly made available the global heat map, showing the location of all the rides, runs, swims, and downhills taken by its users, as collected by their smartphones and wearable devices like Fitbit. Since Strava has been designed to track users' routes and locations, IUCA analyst Nathan Ruser revealed that the app might have unintentionally mapped out the location of some of the military forces around the world, especially some secret ones from the United States. Wi
Next Page 