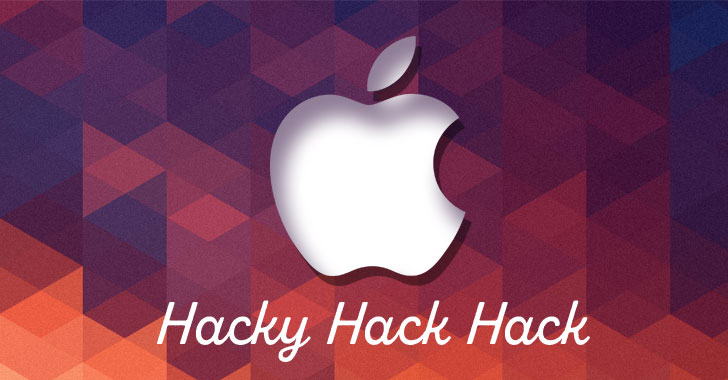 Sep 27, 2018
An Australian teenager who pleaded guilty to break into Apple's private systems  multiple times over several months and download some 90GB of secure files has avoided conviction and will not serve time in prison. An Australian Children's Court has given the now 19-year-old adult defendant, who was 16 at the time of committing the crime, a probation order of eight months, though the magistrate made him understand how serious his offense was. The teen, whose cannot be named under a local law that protects the identity of juveniles, told the court that he hacked into Apple's systems because he was a huge fan of the company and "dreamed of" working for the technology giant. The "Hacky Hack Hack" Folder The teen hacked into Apple's servers not once, but numerous times over the course of more than a year—between June 2015 and November 2016, and in April 2017. As soon as the tech giant detected his presence on their servers, it blocked him and 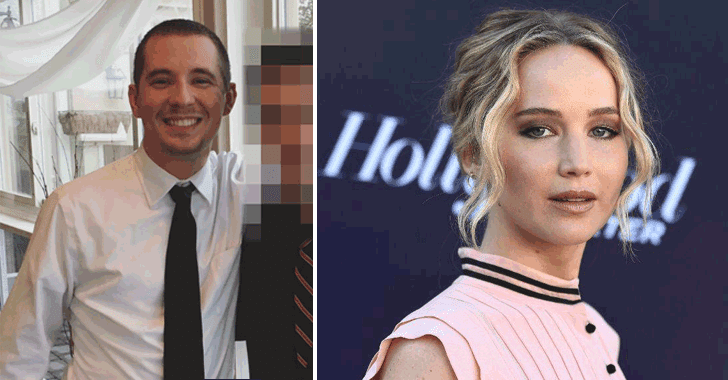 Aug 31, 2018
George Garofano (left) The fourth celebrity hacker—who was charged earlier this year with hacking into over 250 Apple iCloud accounts belonged to Jennifer Lawrence and other Hollywood celebrities—has been sentenced to eight months in prison. Earlier this year, George Garofano, 26, of North Branford, admitted to illegally obtaining credentials of his victims' iCloud accounts using a phishing scheme, carried out from April 2013 to October 2014, in which he posed as a member of Apple's security team and tricked victims into revealing their iCloud credentials. Using stolen credentials, Garofano then managed to steal victims' personal information, including their sensitive and intimate photographs and videos, from their iCloud accounts, and then leaked them on online forums, like 4Chan. Among the victims were Jennifer Lawrence, Kim Kardashian , Kirsten Dunst, Kate Upton, American Olympic gold medallist Misty May Treanor and actors Alexandra Chando, Kelli Garner and 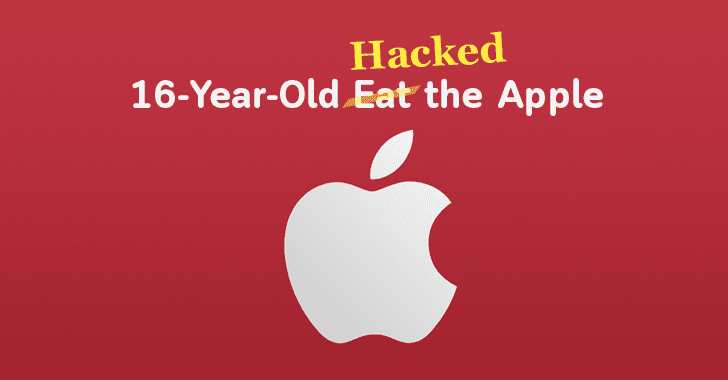 Aug 17, 2018
Well, there's something quite embarrassing for Apple fans. Though Apple servers are widely believed to be unhackable, a 16-year-old high school student proved that nothing is impossible. The teenager from Melbourne, Australia, managed to break into Apple servers and downloaded some 90GB of secure files, including extremely secure authorized keys used to grant login access to users, as well as access multiple user accounts. The teen told the authorities that he hacked Apple because he was a huge fan of the company and "dreamed of" working for the technology giant. What's more embarrassing? The teen, whose name is being withheld as he's still a minor, hacked the company's servers not once, but numerous times over the course of more than a year, and Apple's system administrators failed to stop their users' data from being stolen. When Apple finally noticed the intrusion, the company contacted the FBI, which took the help of the Australian Fede 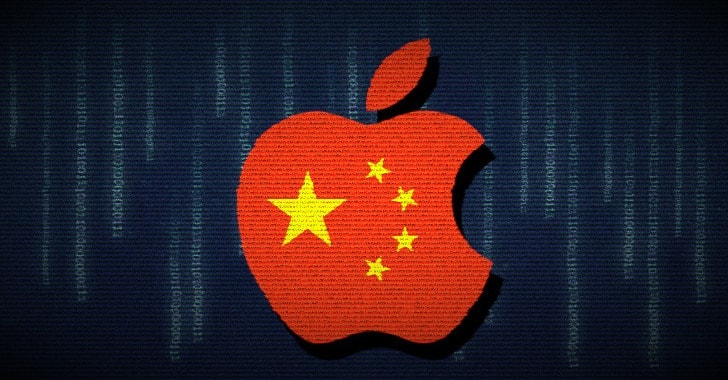 Jul 18, 2018
There's terrible news for Apple users in China. Apple's Chinese data center partner has transferred iCloud data, belonging to 130 million China-based users, to a cloud storage service managed by a state-owned mobile telecom provider—raising concerns about privacy. Back in February this year, Apple moved the encryption keys and data of its Chinese iCloud users from its US servers to local servers on Chinese soil to comply with the new regulation of the Chinese government , despite concerns from human rights activists. For this Apple controversially signed a deal with Guizhou-Cloud Big Data (GCBD), a Chinese company who gained operation control over Apple's iCloud business in China earlier this year. Now, that sensitive data, which includes users' emails, text messages, pictures, and the encryption keys that protect it, has been passed on to Tianyi cloud storage service, a business venture managed by government-owned mobile operator China Telecom. In case you ar 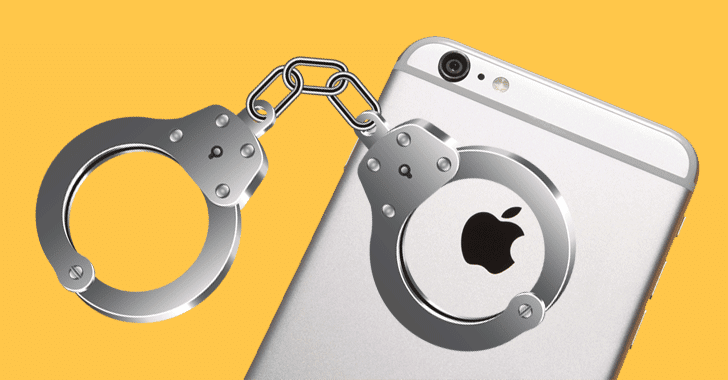 Mar 29, 2017
The British authority has reportedly arrested a 20-years-old young man – potentially one of the member of a cyber criminal gang ' Turkish Crime Family ' who threatened Apple last week to remotely wipe data from millions of iOS devices unless Apple pays a ransom of $75,000. The UK's National Crime Agency (NCA) arrested a young man from London on Tuesday on suspicion of " Computer Misuse Act and extortion offences, " who according to Motherboard , " may be connected to the ongoing attempted extortion of Apple by a group calling itself the Turkish Crime Family. " Last week, the hacking group claimed to have access to over 300 million iCloud accounts and threatened Apple to remotely wipe data from those millions of Apple devices unless Apple pays it $75,000 in Bitcoin or Ethereum, or $100,000 worth of iTunes gift cards. Motherboard broke the story after one of the members of Turkish Crime Family shared screenshots of emails between the hacking gro 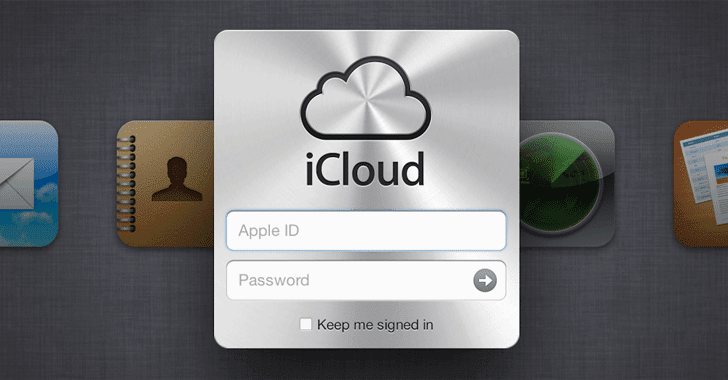 Nov 18, 2016
In the fight against encryption , Apple has positioned itself as a staunch defender of its user privacy by refusing the federal officials to provide encryption backdoors into its products, as well as implementing better encryption for its products. However, a new report from a security firm suggests Apple's online syncing service iCloud secretly stores logs of its users' private information for as long as four months — even when iCloud backup is switched off. Russian digital forensics firm Elcomsoft discovered that Apple's mobile devices automatically send its users' call history to the company's servers if iCloud is enabled, and stored that data for up to four months. And it turns out that there is no way for iCloud users to stop this phone call syncing service unless they completely disable the cloud synchronization feature. Elcomsoft, which sells software to extract data from Apple's iCloud backups and works with police and intelligence agencies, 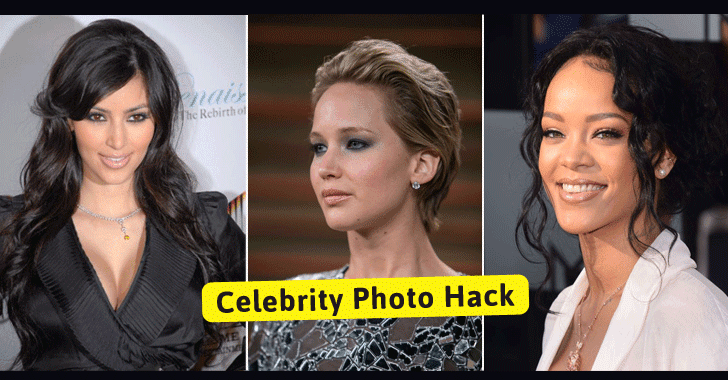 Oct 28, 2016
The hacker who stole photographs of female celebrities two years ago in a massive data breach — famous as " The Fappening " or "Celebgate" scandal — has finally been sentenced to 18 months in federal prison, authorities said on Thursday. 36-year-old Lancaster, Pennsylvania man Ryan Collins was arrested in March and charged with hacking into "at least 50 iCloud accounts and 72 Gmail accounts," most of which owned by Hollywood stars, including Jennifer Lawrence, Kim Kardashian, and Kate Upton. Now, a judge in Harrisburg, Pennsylvania, on Wednesday sentenced Collins to 18 months in federal prison after violating the Computer Fraud and Abuse Act. Here's How Collins Stole Celebrities' Photos Federal prosecutors said Collins ran phishing scheme between November 2012 and September 2014 and hijacked more than 100 people using fake emails disguised as official notifications from Google and Apple, asking victims for their account credentials. 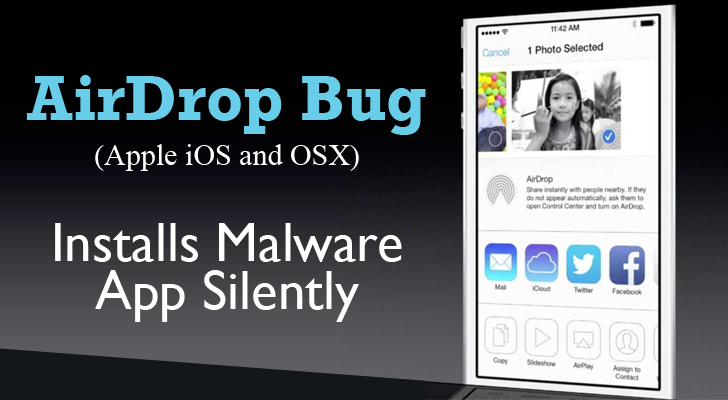 Sep 16, 2015
With the launch of iOS 9, Apple gave us an ultimate reason to upgrade our Apple devices to its new operating system. The latest iOS 9 includes a security update for a nasty bug that could be exploited to take full control of your iPhone or Macs, forcing most of the Apple users to download the latest update. Australian security researcher Mark Dowd has disclosed a serious vulnerability in AirDrop , Apple's over-the-air file sharing service built into iOS and Mac OS X. How the Attack Works? The vulnerability allows anyone within the range of an AirDrop user to silently install a malicious app on a target Apple device by sending an AirDrop file which involves rebooting of the target device. An attacker can exploit this critical bug even if the victim rejects the incoming file sent over AirDrop. After rebooting takes place, the malicious app gains access to Springboard, Apple's software to manage iOS home screen, allowing the app to fool the victim's iP 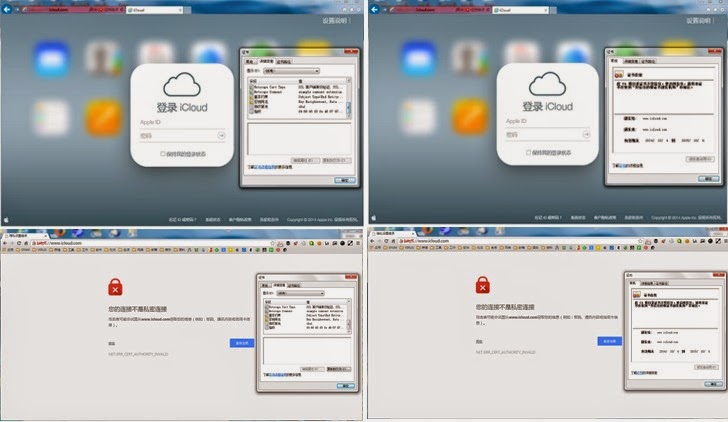 Oct 21, 2014
Apple iCloud users in China are not safe from the hackers — believed to be working for Chinese government — who are trying to wiretap Apple customers in the country. Great Fire , a reputed non-profit organization that monitors Internet censorship in China, claimed that the Chinese authorities have launched a nationwide Man in the Middle (MITM) campaign against users of Apple's iCloud service, designed to steal users' login credentials and access private data. MAN-IN-THE-MIDDLE ATTACK The attacks on the iCloud service was first reported on Saturday and come as Apple begins the official rollout of its latest launched iPhone 6 and 6 Plus on the Chinese mainland. If we talk about less publicized but more danger, Man-in-the-Middle (MitM) attack is the most common one. By attempting MitM attack, a potential attacker could intercept users' internet communication, steal sensitive information and even hijack sessions. ACCESS TO CREDENTIALS AND ALL PERSONAL DATA Usin
Next Page 
More Resources