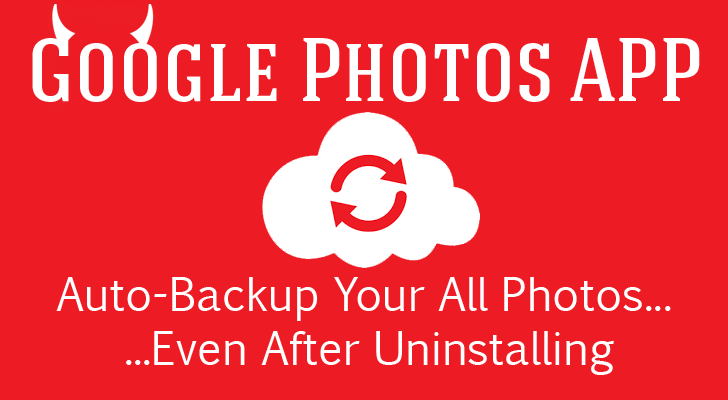 July 13, 2015Mohit Kumar
Have you ever seen any mobile application working in the background silently even after you have uninstalled it completely? I have seen Google Photos app doing the same. Your Android smartphone continues to upload your phone photos to Google servers without your knowledge , even if you have already uninstalled the Google Photos app from your device. Nashville Business Journal editor David Arnott found that Google Photos app uploaded all his personal photographs from the device into the service even after uninstalling it. Arnott provided a video demonstration showing that after uninstalling the Google Photos app from his Samsung smartphone, the photograph he took off his coffee mug still wound up being synced into his account on the web. "Months ago, I downloaded the [Photos] app to play with it, but I did not like it and so un-installed the app after just a few days," Arnott tweeted Wednesday. "This evening, I went back to Google Photos on my l 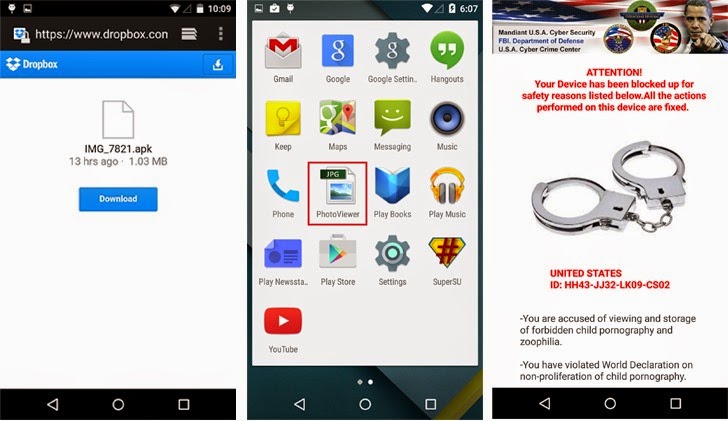 October 25, 2014Mohit Kumar
Users of Android operating system are warned of a new variant of Android malware Koler that spreads itself via text message and holds the victim's infected mobile phone hostage until a ransom is paid. Researchers observed the Koler Android ransomware Trojan , at the very first time, in May when the Trojan was distributed through certain pornographic websites under the guise of legitimate apps. It locks the victim's mobile screen and then demands money from users with fake notifications from law enforcement agencies accusing users of viewing and storing child pornography. ANDROID SMS WORM Recently, researchers from mobile security firm AdaptiveMobile has discovered a new variant of the rare piece of mobile malware – named Worm.Koler – that allows the malware to spread via text message spam and attempts to trick users into opening a shortened bit.ly URL, turning Koler into an SMS worm. Once the device is infected by the Koler variant, it will first send an SMS mess
Next Page 