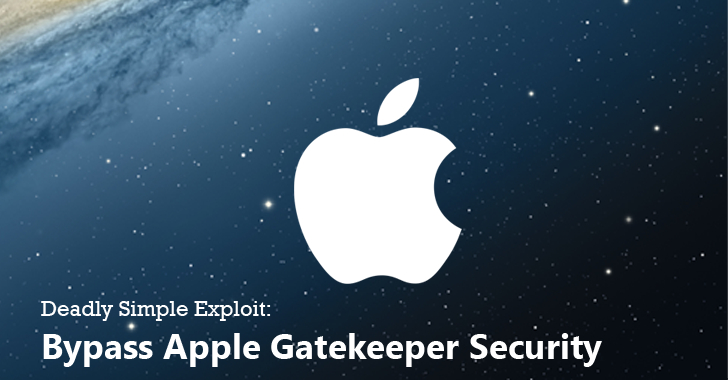 October 01, 2015Swati Khandelwal
Apple Mac Computers are considered to be invulnerable to malware, but the new Exploit discovered by security researchers proves it indeed quite false. Patrick Wardle , director of research at security firm Synack , has found a deadly simple way that completely bypass one of the core security features in Mac OS X i.e.  Gatekeeper . Introduced in July of 2012, Gatekeeper is Apple's anti-malware feature designed to keep untrusted and malicious applications from wreaking havoc on Macs. However, Wardle has found a quick and simple way to trick Gatekeeper into letting malicious apps through on Mac OS X machines, even if the protection is set to open apps downloaded only from the Mac App Store. According to the researcher, before allowing any apps to execute on an OS X machine, Gatekeeper performs a number of checks, such as: Checking the initial digital certificate of a downloaded app Ensuring the app has been signed with an Apple-recognized developer certificat
Next Page 