Feb 08, 2013
The hacker, known as Guccifer , targeted several e-mail accounts and exposed personal photos and sensitive correspondence from members of the former US President Bush family, including both former U.S. presidents. Hacked Emails includes the AOL account of his daughter Dorothy Bush Koch; family friends Willard Hemingway and Jim Nantz; former First Lady Barbara Bush's brother; and George H W Bush's sister-in-law. Some of the e-mails contain catty comments about another former president, Bill Clinton. The photos and e-mails were uploaded yesterday to an online account that appears to have been hacked for the purpose of hosting the material including confidential October 2012 list of home addresses, cell phone numbers, and e-mails for dozens of Bush family members, including both former presidents, their siblings, and their children. The hacker also intercepted photos that George W. Bush e-mailed two months ago to his sister showing paintings that he was working on 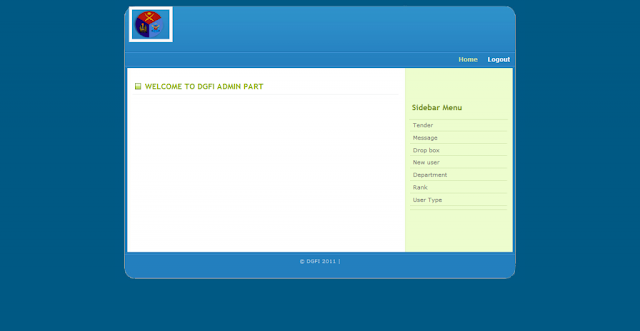 Jan 04, 2013
Indian hacker, Godzilla once again hit Bangladesh government server . Hacker told us about his latest cyber attack on  Directorate General of Forces Intelligence Bangladesh (DGFI -  www.dgfi.gov.bd ) server . He claimed to back up all confidential mails in the server and list of all their agents around the globe. Hacker taunt Bangladesh govt , " To all stupid Intelligence people of Bangladesh do you know what is security??,  Iam really felling pitty for you." Through a paste  note, hacker leak one sample mail (funny one), which is the conversation between Dewan Mamoon and DGFI Director. Some words from email are, " I love the CIA. I love the DGFI. I love the Bangladesh armed forces. I love America and I love Bangladesh. " and " I know that you are the ones to thank for sponsoring me in Bangladesh and the CIA for sponsoring me in America. " Compromised Intelligence server claimed to be full of sensitive information. In past year, Godzilla h
Next Page 