January 13, 2014Anonymous
In the first week of this year, we have reported about a critical vulnerability found in more than 2000 Routers that allow attackers to reset the admin panel password to defaults. Recently, Cisco has released a security advisory , detailed about the similar vulnerability affecting their three networking products. Cisco has rated the flaw highly critical and marked it as 10.0 on the Common Vulnerability Scoring System (CVSS). A security researcher found a secret service listening on port 32764 TCP, allowed a remote user to send unauthenticated commands to the device and reset the administrative password. Successful exploitation of the vulnerability allows the hacker to execute arbitrary commands on the device with escalated privileges. Vulnerable Cisco products are: WAP4410N Wireless-N Access Point, Cisco WRVS4400N Wireless-N Gigabit Security Router, and the Cisco RVS4000 4-port Gigabit Security. "This vulnerability is due to an undocumented test interface in t 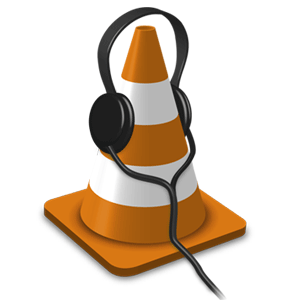 February 01, 2013Wang Wei
VideoLAN recently published a security advisory warning of a buffer overflow vulnerability in versions 2.0.5 and earlier of VLC Media Player, which might be exploited to execute arbitrary code. This vulnerability was reported by Debasish Mandal. The vulnerability is caused due to an error in the "DemuxPacket()" function (modules/demux/asf/asf.c) when processing ASF files and can be exploited to cause a buffer overflow via a specially crafted ASF file. To exploit the vulnerability, a user must explicitly open a specially crafted ASF movie. Successful exploitation may allow execution of arbitrary code, but requires tricking a user into opening a malicious file. VideoLAN advises users to refrain from opening files from untrusted locations and to disable the VLC browser plug-ins until the issue is patched. A patch will be included in VLC 2.0.6, the next version of the media player, which is only available for testing purposes at the moment. 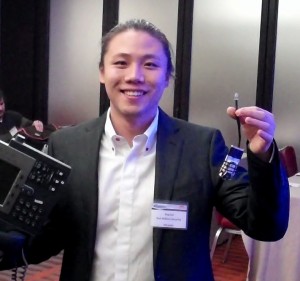 December 15, 2012Mohit Kumar
Cui, a fifth year grad student from the Columbia University Intrusion Detection Systems Lab and co-founder of Red Balloon Security, has demonstrated an attack on common Cisco-branded Voice over IP (VoIP) phones that could easily eavesdrop on private conversations remotely. The vulnerability Cui demonstrated was based on work he did over the last year on what he called ' Project Gunman v2 ', where a laser printer firmware update could be compromised to include additional, and potentially malicious, code. The latest vulnerability is based on a lack of input validation at the syscall interface. Cui said, " allows arbitrary modification of kernel memory from userland, as well as arbitrary code execution within the kernel. This, in turn, allows the attacker to become root, gain control over the DSP , buttons, and LEDs on the phone. " While he did not specify the precise vulnerability, Cui said it allowed him to patch the phone's software with arbitrary pieces of code, and that this a
Next Page 