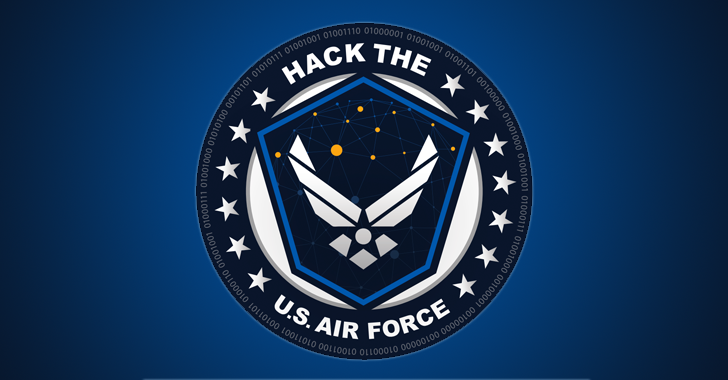 Apr 27, 2017
With the growing number of data breaches and cyber attacks, a significant number of companies and organizations have started Bug Bounty programs for encouraging hackers and bug hunters to find and responsibly report vulnerabilities in their services and get rewarded. Now, following the success of the " Hack the Pentagon " and "Hack the Army" initiatives, the United States Department of Defense (DoD) has announced the launch of the "Hack the Air Force" bug bounty program. Hacking or breaking into Defense Department networks was illegal once, but after " Hack the Pentagon " initiative, the DoD started rewarding outsiders to finding and reporting weaknesses in its private networks. "This is the first time the AF [Air Force] has opened up...networks to such a broad scrutiny," Peter Kim, the Air Force Chief Information Security Officer said in a statement. "We have malicious hackers trying to get into our systems every day.&quo

Feb 15, 2017
WhatsApp and Facebook have so far the largest end-to-end encrypted video calling network of all, but now another popular end-to-end encrypted messaging app recommended by whistleblower Edward Snowden is ready to give them a really tough competition. The Signal app, which is widely considered the most secure of all other encrypted messaging apps, released video calling feature on Tuesday for both Android and iOS in a new update. Developed by open source software group Open Whisper System, Signal is a free and open source messaging application specially designed for Android and iOS users to make secure and encrypted messages and voice calls. Even the Signal Protocol powers the end-to-end encryption built into WhatsApp, Facebook Messenger, and Google Allo's Incognito mode as well. Signal has already been providing fully end-to-end encrypted chat and voice calling features, but the newly added feature will make it even easier for privacy conscious people to convey their inf 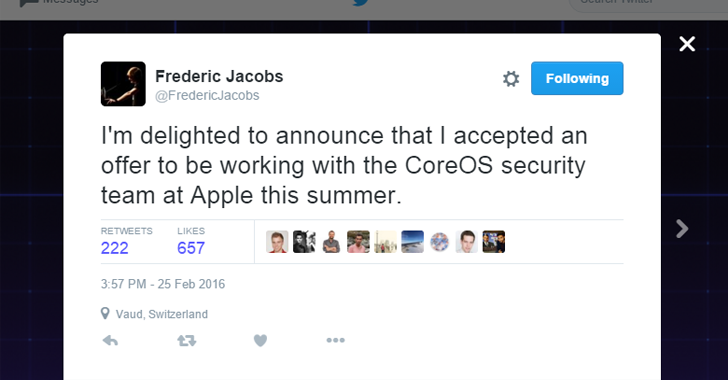 Feb 26, 2016
Apple is serious this time to enhance its iPhone security that even it can not hack. To achieve this the company has hired one of the key developers of Signal — World's most secure, open source and encrypted messaging app. Frederic Jacobs, who worked to develop Signal, announced today that he is joining Apple this summer to work as an intern in its CoreOS security team. "I'm delighted to announce that I accepted an offer to be working with the CoreOS security team at Apple this summer," Jacobs tweeted Thursday. Signal app is widely popular among the high-profile privacy advocates, security researchers, journalists and whistleblowers for its clean and open source code, and even the NSA whistleblower Edward Snowden uses it every day. Signal messages are end-to-end encrypted, which means only the sender and the intended recipient can read the messages. Although Apple's iMessage is also end-to-end encrypted, it is not open source. Apple to bu 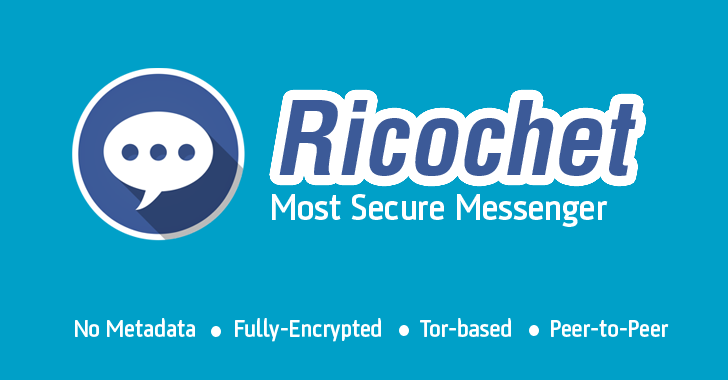 Feb 23, 2016
There are several encrypted messaging apps for mobile and desktop platforms that shipped with "The Most Secure" tagline but ends up in de-anonymizing the real identity of its users in some or the other way. In fact, very few encrypted messaging apps available today deal with the core problem of Metadata .  The majority of apps offer end-to-end encryption that kept the content of your messages away from prying eyes, but your metadata will still be accessible to them, which is enough to know who you really are, and who you're talking to. But, one messenger app stands out of the crowd by providing superb anonymity to its users, and it is dubbed as " Ricochet ." Ricochet is a peer-to-peer instant messaging system available for Windows, Mac, and Linux and you can trust it as the app has already cleared its first professional security audit carried out by cyber security company NCC Group . What's so Promising about Ricochet? Unlike
Next Page 
More Resources