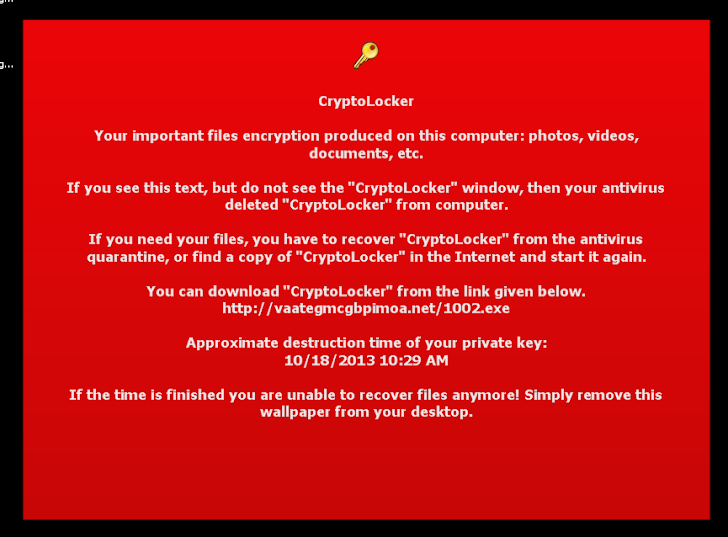 October 29, 2013Anonymous
When you're online, you expose your vulnerability to malicious virus that have been growing in virulence and ferocity over the last few years.  Among home PC users, you may think that you protected from malicious software by Installing an effective, trusted antivirus solution, but most if the Antivirus solutions still it merely finds and removes any known threats. But what if someday you turn on your system and you will find a pop up window with a warning that says " Your system is Locked and Important drives are encrypted and there is no way out unless you will not Pay fine ". This is what Ransomware malware does to your system. Ransomware is the most serious emerging threat in the virtual world of computing devices. Ransomware is a kind of malware which is designed to Block access to the computing system or can lock your system until an amount of money is paid through Internet banking. Ransomware is usually installed when you open a malicious atta 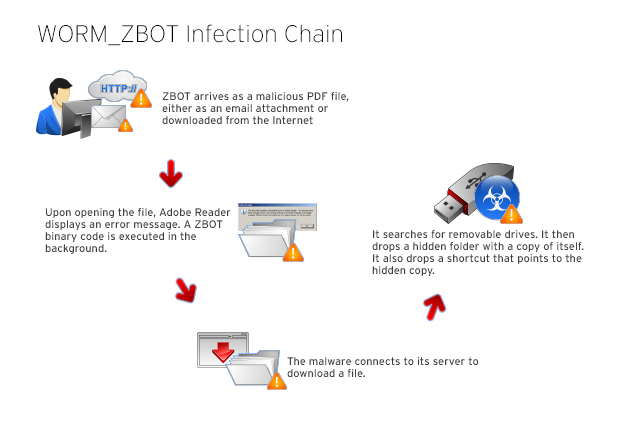 June 11, 2013Mohit Kumar
The notorious Zeus Trojan , a family of banking malware known for stealing passwords and draining the accounts of its victims, has steadily increased in recent months. The malware family itself is frequently updated with mechanisms designed to evade detection by antivirus and network security appliances. Trend Micro experts spotted another new variant of  ZBOT Malware which is capable of spreading  itself automatically via USB Flash Drives or removable drives. According to report , this particular ZBOT variant arrives through a malicious PDF file disguised as a sales invoice document and when user opens this file using Adobe Reader, it triggers an exploit . Malware also has an auto update module, so that it can download and run an updated copy of itself. To self propagate, it creates a hidden folder with a copy of itself inside the USB drive with a shortcut pointing to the hidden ZBOT copy. Another variant of ZeuS #Malware spotted, with new feature of spreading itself automati
Next Page 
Online Courses and Software