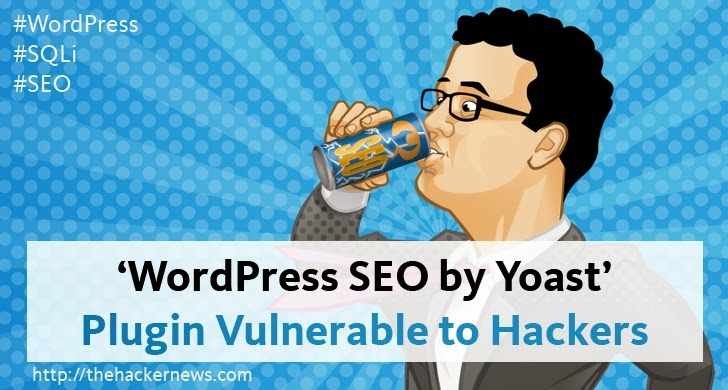 March 11, 2015Mohit Kumar
A critical vulnerability has been discovered in the most popular plugin of the WordPress content management platform (CMS) that puts tens of Millions of websites at risks of being hacked by the attackers. The vulnerability actually resides in most versions of a WordPress plugin known as ' WordPress SEO by Yoast ,' which has more than 14 Million downloads according to Yoast website, making it one of the most popular plugins of WordPress for easily optimizing websites for search engines i.e Search engine optimization (SEO). The vulnerability in WordPress SEO by Yoast has been discovered by Ryan Dewhurst , developer of the WordPress vulnerability scanner ' WPScan '. All the versions prior to 1.7.3.3 of 'WordPress SEO by Yoast' are vulnerable to Blind SQL Injection web application flaw, according to an advisory published today. SQL injection (SQLi) vulnerabilities are ranked as critical one because it could cause a database breach and lead to confidential information
Next Page 