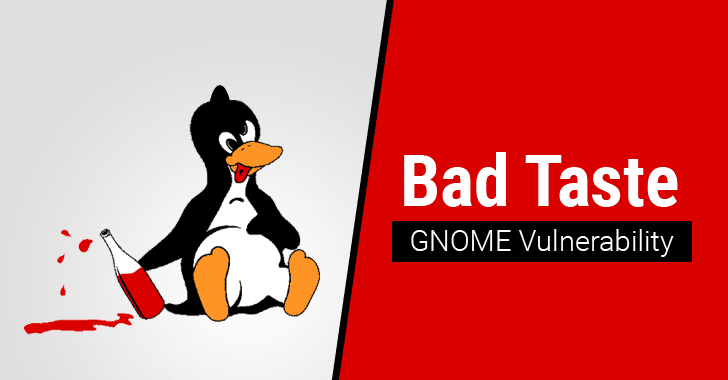 July 20, 2017Swati Khandelwal
A security researcher has discovered a code injection vulnerability in the thumbnail handler component of GNOME Files file manager that could allow hackers to execute malicious code on targeted Linux machines. Dubbed Bad Taste , the vulnerability ( CVE-2017-11421 ) was discovered by German researcher Nils Dagsson Moskopp, who also released proof-of-concept code on his blog to demonstrate the vulnerability. The code injection vulnerability resides in "gnome-exe-thumbnailer"  — a tool to generate thumbnails from Windows executable files (.exe/.msi/.dll/.lnk) for GNOME, which requires users to have Wine application installed on their systems to open it. Those who are unaware, Wine is a free and open-source software that allows Windows applications to run on the Linux operating system. Moskopp discovered that while navigating to a directory containing the .msi file, GNOME Files takes the filename as an executable input and run it in order to create an image thumbna
Next Page 