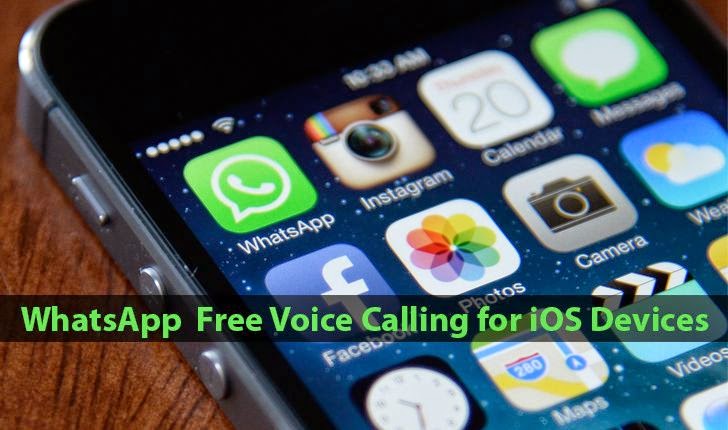 Apr 23, 2015
After rolling out WhatsApp's Free Voice Calling feature for Android users late last month, the widely popular messaging service has started to roll out the feature to iOS users. Now iOS users can enjoy making free voice calls through WhatsApp, as the new version of the messenger is now live in the iOS App Store with support to calling. WhatsApp calling feature allows you to call your friends and family anywhere in the world for free as long as you have a Wi-Fi network or a working data plan on your registered number. The full description of the WhatsApp Calling feature on the App Store page reads: " Call your friends and family using WhatsApp for free, even if they are in another country. WhatsApp calls use your phone's Internet connection rather than your cellular plan's voice minutes (Data charges may apply) Note: WhatsApp Calling is rolling out slowly over the next several weeks. " The last line indicates that the feature, so far, is not actually a 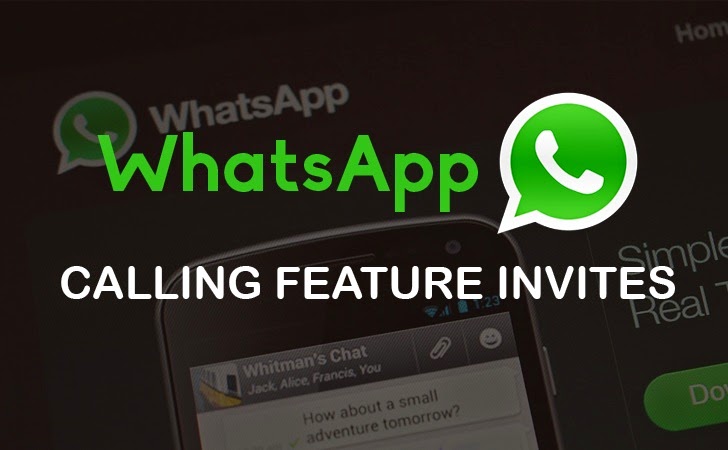 Mar 09, 2015
While WhatsApp is very reserved to its new calling feature, cyber scammers are targeting WhatsApp users across the world by circulating fake messages inviting users to activate the new ' WhatsApp calling feature for Android'  that infects their smartphones with malicious apps. If you receive an invitation message from any of your friend saying, "Hey, I'm inviting you to try WhatsApp Free Voice Calling feature, click here to activate now —> https://WhatsappCalling.com" ,  BEWARE! It is a Scam . The popular messaging app has begun rolling out its much-awaited Free Voice Calling feature — similar to other instant messaging apps like Skype and Viber — to Android users which allows users to make voice calls using Internet. However, for now, the free WhatsApp calling feature is invite-only and only appears to work for people running the latest version of WhatsApp app for Android on a Google Nexus 5 phone running the latest Android 5.0.1 Lollipop . H 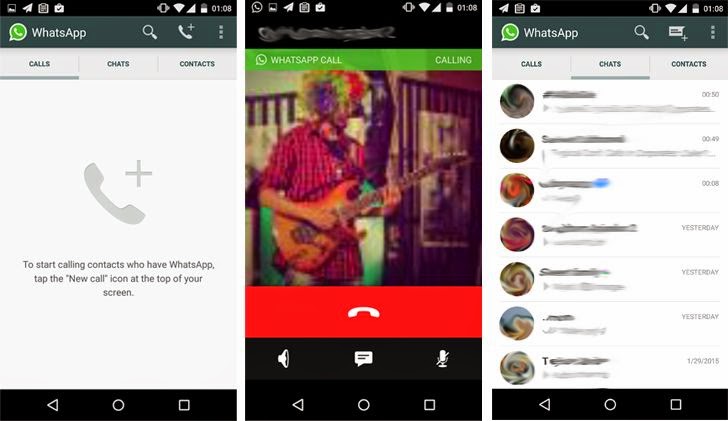 Jan 31, 2015
WhatsApp is again in news but this time not for any security holes, but for its all new and, of course, much-awaited Free Voice Calling feature — similar to other instant messaging apps like Skype and Viber allow users to make voice calls using Internet. After launching its much-awaited Web client (dubbed WhatsApp Web ) to Android users, the most popular mobile messaging application WhatsApp has started rolling out the promised free voice calling feature, and this time again to Android users first. Late last night, some screenshots of WhatsApp's new voice calling feature appeared on Reddit. Reportedly, this new feature will allow WhatsApp users to make free voice calls to their online pals by simply tapping your phone icon to call their WhatsApp friends. The report broke when a Reddit user ( pradnesh07 ) received a WhatsApp call from a friend, and this is how the feature get activated. The free voice calling feature, for now, seems to be invite-only. So, if you still have to
Next Page 