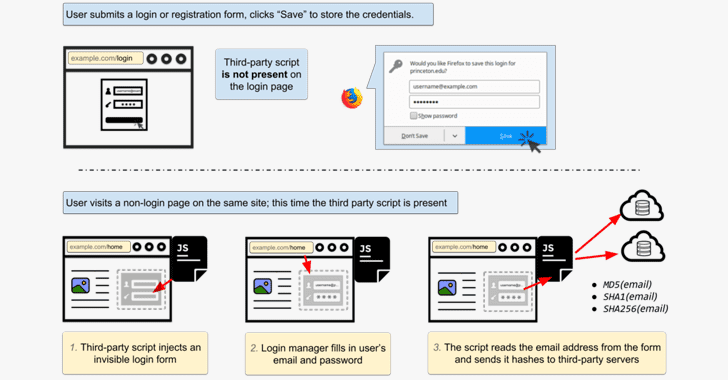 Jan 02, 2018
Security researchers have uncovered how marketing companies have started exploiting an 11-year-old bug in browsers' built-in password managers, which allow them to secretly steal your email address for targeted advertising across different browsers and devices. The major concern is that the same loophole could allow malicious actors to steal your saved usernames and passwords from browsers without requiring your interaction. Every modern browser—Google Chrome, Mozilla Firefox, Opera or Microsoft Edge—today comes with a built-in easy-to-use password manager tool that allows you to save your login information for automatic form-filling. These browser-based password managers are designed for convenience, as they automatically detect login form on a webpage and fill-in the saved credentials accordingly. However, a team of researchers from Princeton's Center for Information Technology Policy has discovered that at least two marketing companies, AdThink and OnAudience, a 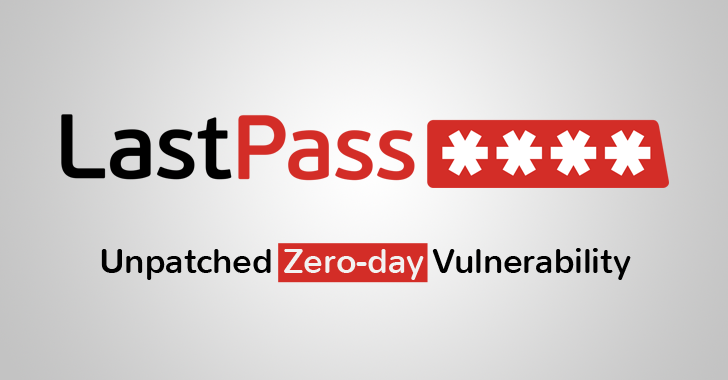 Jul 27, 2016
A critical zero-day flaw has been discovered in the popular cloud password manager LastPass that could allow any remote attacker to compromise your account completely. LastPass is one of the best password manager that also available as a browser extension that automatically fills credentials for you. All you need is to remember one master password to unlock all other passwords of your different online accounts, making it much easier for you to use unique passwords for different sites. However, the password manager isn't as secure as it promises. Also Read:  Popular Password Managers Are Not As Secure As You Think Google Project Zero Hacker Tavis Ormandy discovered several security issues in the software that allowed him to steal passwords stored with LastPass. " Are people really using this LastPass thing? I took a quick look and can see a bunch of obvious critical problems. I'll send a report asap ," Ormandy revealed on Twitter . Once compromise a v 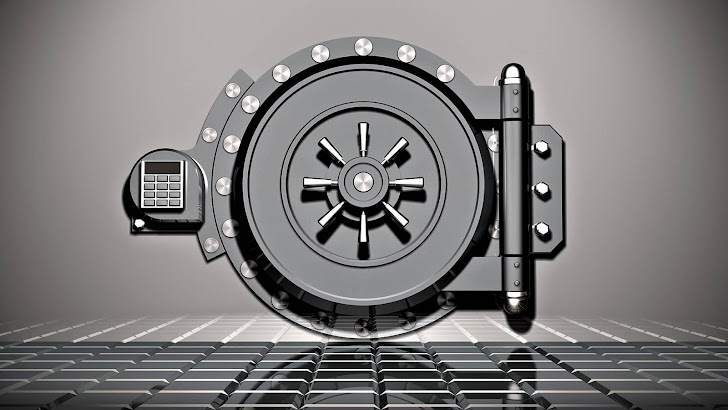