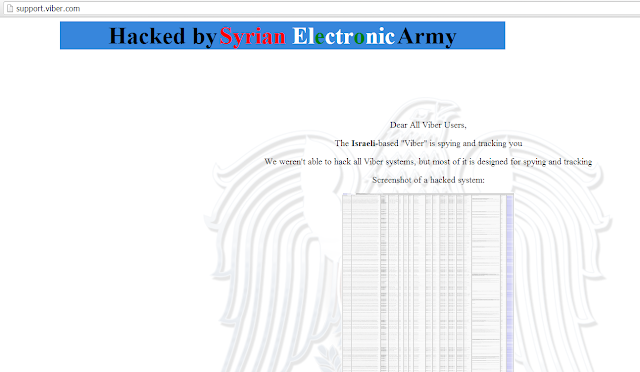 Jul 23, 2013
One of the most popular free calling App " Viber " for smartphones got hacked and defaced their one of the subdomain i.e https://support.viber.com/ by  Pro-Assad hacker group the   Syrian Electronic Army . According claimed to take backup of their partial database , as shown, " We weren't able to hack all Viber systems " hacker said. SEA hackers also suggested Viber (an instant-messaging and VoIP service) users to uninstall the application because company is spying and tracking each user, recording IP address of each user in database as shown above, " Warning: If you have "Viber" app installed we advise you to delete it " they tweeted . Earlier this year, Viber announced that it had over 200 million mobile users. Just today same hackers also managed to hacked into  Daily Dot News website and deleted an article against them and last weekend Millions of Phone Book records were stolen from Truecaller Database by SE
Next Page 