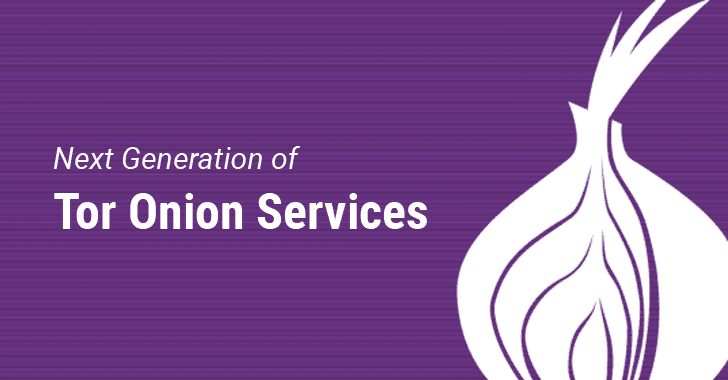 November 03, 2017Mohit Kumar
The Tor Project has made some significant changes to its infrastructure by improving the way the 'onion' network protects its users' privacy and security. Since the beginning, the largest free online anonymity network has been helping users browse the web anonymously, and its onion service provides a network within which encrypted websites can be run anonymously. However, the infrastructure design and encryption behind the service has become little outdated, eventually leaving it vulnerable to potential and resourceful attackers. Tor network has become such a potential target that even Zerodium, a company that acquires and resells zero-day exploits, is ready to pay $1 million for Tor zero-day exploits . Keeping these concerns in mind, the Tor Project has been working to upgrade its infrastructure over the past four years, and the good news is… A few weeks ago, the Tor Project announced the release of Tor 0.3.2.1-alpha that includes support for the next generati

December 01, 2016Mohit Kumar
The critical Firefox vulnerability being actively exploited in the wild to unmask Tor users has been patched with the release of new browser updates. Both Mozilla and Tor Project has patched the vulnerability that allows attackers to remotely execute malicious code on Windows operating system via memory corruption vulnerability in Firefox web browser. Tor Browser Bundle is a repackaged version of the open-source Mozilla Firefox browser that runs connections through the Tor anonymizing network configured to hide its user's public IP address. However, the exploit code released by an unnamed online user was currently being exploited against Tor Browser users to leak the potentially identifying information of Tor users. "The security flaw responsible for this urgent release is already actively exploited on Windows systems," an official of the anonymity network wrote in an advisory published on Wednesday.  "Even though there is currently...no similar explo
Next Page 
Online Courses and Software