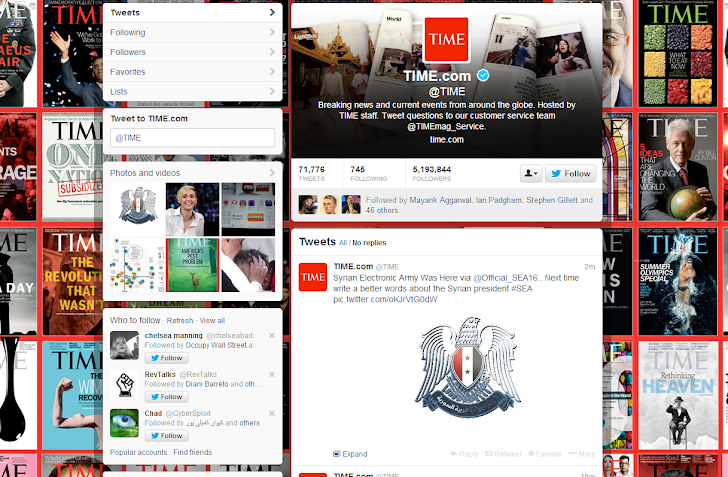 November 29, 2013Wang Wei
Just now, The hacktivist group Syrian Electronic Army (SEA) briefly took over the Twitter account of the TIME Magazine. The Hacker group  tweeted from the TIME's official account, " Syrian Electronic Army Was Here via  @Official_SEA16..Next time write a better word about the Syrian president #SEA " with their logo, as shown above. TIME Magazine is currently hosting polls for Who Should Be TIME's Person of the Year?  and on their website  the Syrian President  Bashar al-Assad is described as, " Syria's ruler presided over a bloody year, shrugging off international concerns over the use of chemical weapons as the death toll of his country's civil war eclipsed 100,000. " How they have hacked into TIME's account is not yet clear, but the group is famous for using advanced phishing attacks to conduct high profile hacks. The TIME's tweet was deleted by TIME's staff just after 10 minutes of the hack. In a separate tweet on their own
Next Page 