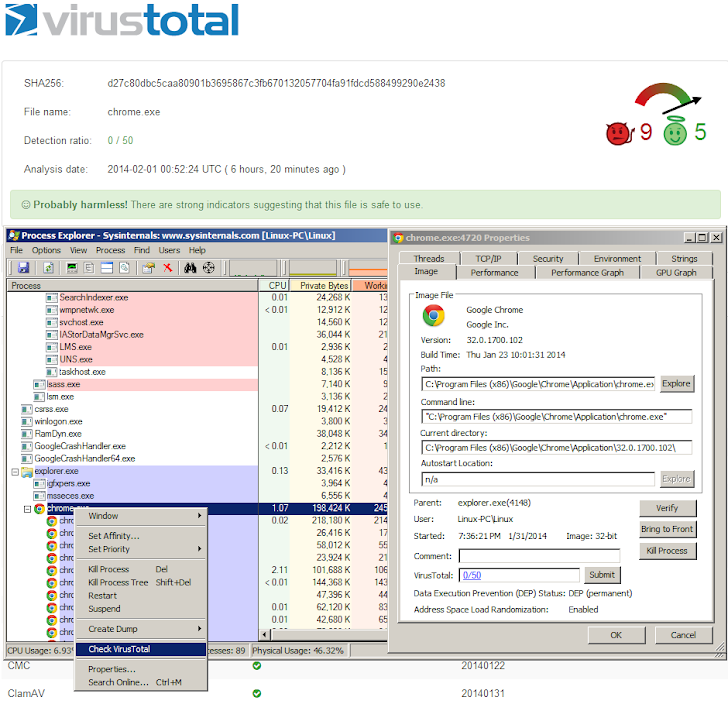 February 01, 2014Anonymous
Process Explorer , a part of the Microsoft's Sysinternals suite of applications is an alternate task manager for Windows, which offers far more features than 'on-board'. Microsoft's Windows Sysinternal Suite has released the latest version of Process Explorer v16.0  that has an awesome feature which allows a user to scan any running program files with a web-based multi-antivirus scanner VirusTotal . Process Explorer sends the hashes of images and files shown in the process and DLL views to VirusTotal,  and if they have been previously scanned, it reports how many antivirus engines identified them as possibly malicious. This new version of 'Process Explorer' is better than ever before, and is quite fast that allows you to find unwanted malware  immediately and respective hyper-linked result takes you to VirusTotal.com's  detailed report page and there you can even submit more files for scanning. Whenever your system starts doing sluggish behavior
Next Page 