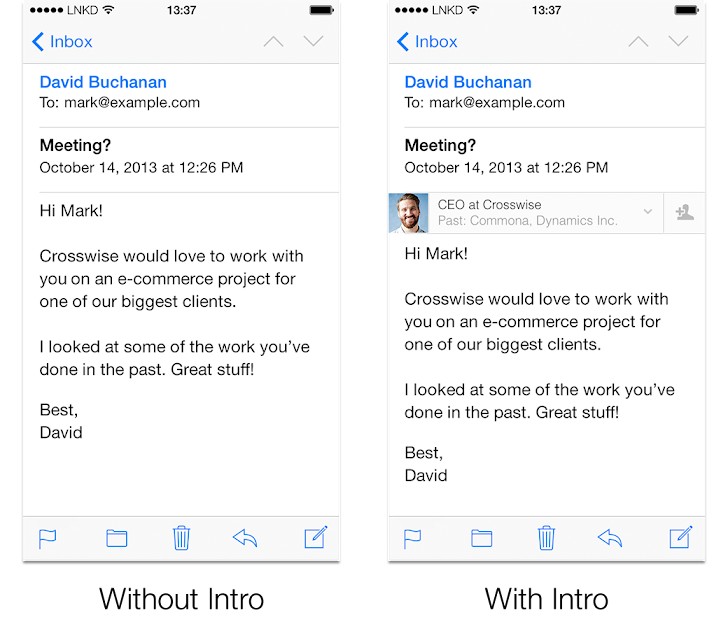 Feb 10, 2014
Last October, the social network ' LinkedIn ' launched a controversial Smartphone app called ' Intro ' that intercepts and route all of your emails through LinkedIn servers to inject LinkedIn profiles of the sender directly into the mails. The app was released for Android , as well as iOS devices. Why Controversial? The app puts the security and privacy of your data entirely in the company's hands, and at that time everyone criticized and reacted negatively, but LinkedIn defended Intro, claiming that all information was fully encrypted and deleted from LinkedIn's servers immediately. Just two days back, I got an e-mail from LinkedIn with the subject line " We're retiring LinkedIn Intro. " i.e. LinkedIn is giving up so quickly just four months of the launch! In a blog post today, LinkedIn SVP of products Deep Mishar explained, " We are shutting down LinkedIn Intro as of March 7, 2014. The intro was launched last year to bring the power of LinkedIn to your emai
Next Page 
More Resources