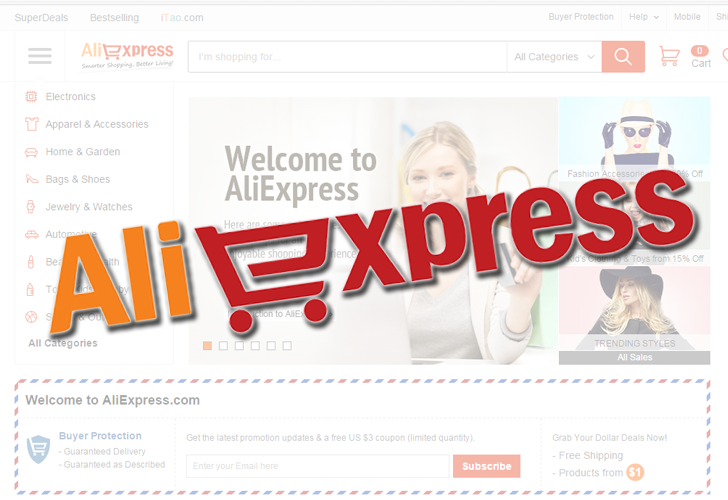 December 07, 2014Wang Wei
A critical, but easily exploitable personal information disclosure vulnerability has been discovered in the widely popular online marketplace AliExpress website that affects its millions of users worldwide. The reported vulnerability could allow anyone to steal personal information of hundreds of millions of AliExpress users without knowing their account passwords. AliExpress is an online marketplace owned by Chinese E-Commerce giant Alibaba.com , which offers more than 300 Million active users from more than 200 countries and regions to order items in bulk or one at a time at low wholesale prices. Amitay Dan , an Israeli application security researcher working at Cybermoon.cc, reported the vulnerability to The Hacker News after providing full disclosure of the flaw to the AliExpress team and Israeli media. According to the Proof-of-Concept video and screenshots provided by the security researcher to The Hacker News , AliExpress website allows logged in user to add
Next Page 