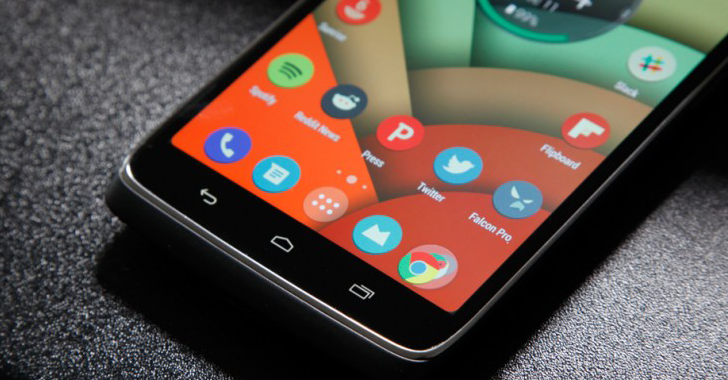 May 07, 2016Wang Wei
Google has patched a high-severity vulnerability that has been around for the last five years, potentially leaving users' text messages, call histories, and other sensitive data open to snooping. The vulnerability, CVE-2016-2060, affects Android versions 4.3 and earlier that use the software package maintained by mobile chipmaker Qualcomm, according to a blog post published by security firm FireEye . The issue was first introduced in 2011 when Qualcomm released a set of new APIs (Application Programming Interfaces) for a network manager system service to the Android Open Source Project (AOSP) and later the "netd" daemon. Qualcomm modified the netd daemon for providing additional networking capabilities to your smartphone, including additional tethering capabilities, among other things. But unfortunately, the modification introduced a critical bug to the Android operating system that could allow low-privileged apps to gain access to your private data that is sup

March 16, 2016Mohit Kumar
More than a Billion of Android devices are at risk of a severe vulnerability in Qualcomm Snapdragon chip that could be exploited by any malicious application to gain root access on the device. Security experts at Trend Micro are warning Android users of some severe programming blunders in Qualcomm's kernel-level Snapdragon code that if exploited, can be used by attackers for gaining root access and taking full control of your device. Gaining root access on a device is a matter of concern, as it grants attackers access to admin level capabilities, allowing them to turn your device against you to snap your pictures, and snoop on your personal data including accounts' passwords, emails, messages and photos. The company's own website notes that Qualcomm Snapdragon SoCs (systems on a chip) power more than a Billion smart devices, including many Internet of Things (IoTs) as of today. Thus, the issue puts many people at risk of being attacked. Although Google has pus
Next Page 
Online Courses and Software