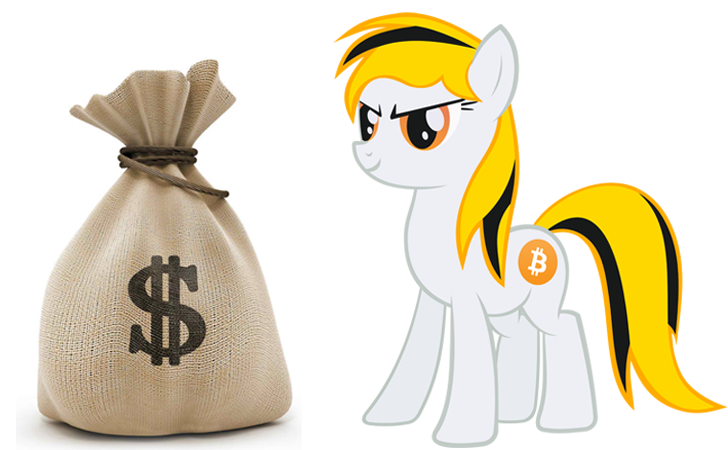 February 25, 2014Swati Khandelwal
Are you the one of the Digital Currency Holder? PONY is after You.  A Group of cyber criminals has used hundreds of thousands of infected computers of the digital currency holders to filch approximately $220,000 worth of Bitcoins and other virtual currencies. The researchers at the security firm, Trustwave have uncovered the Bitcoin Heist that was accomplished by the computers infected with a new class of malware that has been dubbed as ' Pony ', a very powerful type of Spying Keylogger Malware with very dangerous features that was last time found two months ago. Pony, for those who have not yet heard about it, is a bot controller much like any other, with the capability to capture all kinds of confidential information and access passwords. It contains a control panel, user management, logging features, a database to manage all the data and, of course, the statistics. It can see the passwords and login credentials of infected users when they access applications and

December 04, 2013Wang Wei
Security researchers at Trustwave's SpiderLabs found a Netherlands-based Pony Botnet Controller Server with almost two Million usernames and passwords, stolen by cybercriminals from users of Facebook, Twitter, Google, Yahoo and other websites. In a blog post, the researchers mentioned that after the Pony Version 1.9  Source code was made public and they found a way to get into the Botnet 's Admin area, from where they collected stolen database and statistics. The Pony Control panel, written in Russian language, indicated Facebook was the worst impacted and two Russian Social Media sites i.e. vk.com and odnoklassniki.ru, credentials were also included in the database. It is not clear at this time that how exactly the login credentials were originally obtained, but one possibility is that, they were captured using some keyloggers or similar malware. Statistics of stolen login credentials: 1,580,000 website login credentials stolen (including 318,121 Facebook login credentia
Next Page 
Popular This Week
Facebook Messenger Bug Lets Hackers Listen to You Before You Pick Up the Call
Evolution of Emotet: From Banking Trojan to Malware Distributor
WARNING: Unpatched Bug in GO SMS Pro App Exposes Millions of Media Messages
Critical Unpatched VMware Flaw Affects Multiple Corporates Products
Why Replace Traditional Web Application Firewall (WAF) With New Age WAF?
Researchers Warn of Critical Flaw Affecting Industrial Automation Systems
Online Courses and Software