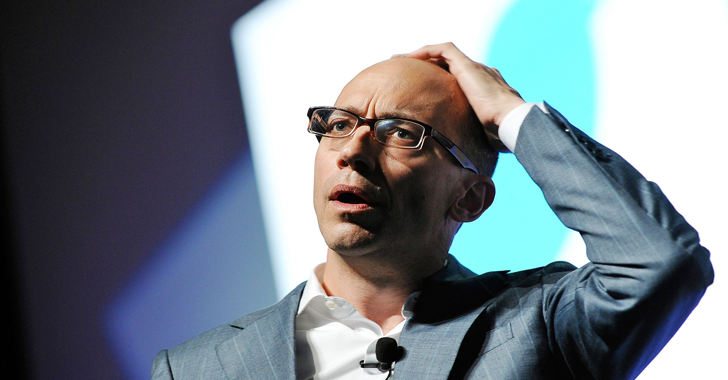 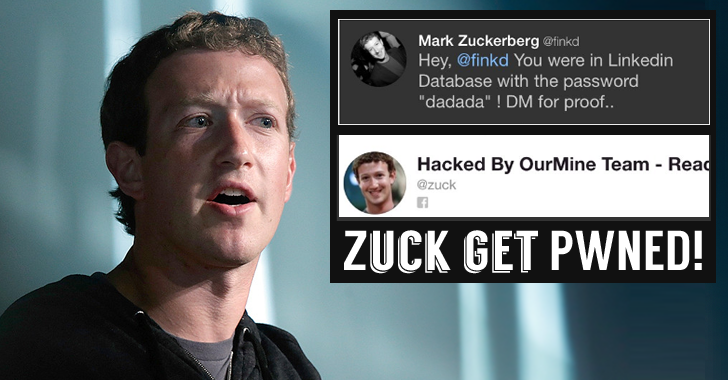 June 06, 2016Mohit Kumar
The man who runs the biggest social network and continuously implements new security measures to boost its billion users security, himself failed to follow basics of Internet security for his own online accounts. Yes, I'm talking about Facebook CEO Mark Zuckerberg , who had his Twitter and Pinterest accounts compromised on Sunday. The hacker group from Saudi Arabia, dubbed OurMine , claimed responsibility for the hack and guess how the group did it? Thanks to the LinkedIn data breach ! The hackers tweeted that they found Zuck's account credentials in the recent LinkedIn data breach, from which they took his SHA1-hashed password string and then broke it and tried on several social media accounts. Also Read: Hacker Removed Zuckerberg's Facebook Cover Photo The group, which has more than 40,000 Twitter followers, then successfully broke into Zuck's Twitter ( @finkd ) and Pinterest profile and defaced its banners with its logo as well as tweeted out some offens

February 22, 2013Mohit Kumar
Customer service software provider Zendesk announced a security breach, that affected three major Zendesk clients i.e Tumblr, Pinterest and Twitter and allowed hackers into their systems. The hacks come just days after Apple , Twitter and Facebook revealed that their employees computers fell victim to unauthorized access. The company believes the hacker downloaded the email addresses of Tumblr, Twitter, and Pinterest customers who attempted to get support from the companies.  Stolen information might be exploited via social-engineering attacks. " Our ongoing investigation indicates that the hacker had access to the support information that three of our customers store on our system. We believe that the hacker downloaded email addresses of users who contacted those three customers for support, as well as support email subject lines. We notified our affected customers immediately and are working with them to assist in their response. " Zendesk discov
Next Page 