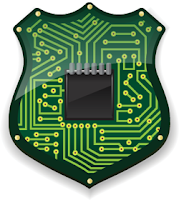 January 05, 2013Wang Wei
Symantec product PGP Whole Disk Encryption which is used to encrypt all the contents on the disk on a block-by-block basis having Zero-Day Vulnerability, according to a pastebin note . Note was posted on 25th Dec by Nikita Tarakanov , claiming that  pgpwded.sys kernel driver distributed with Symantec PGP Desktop contains an arbitrary memory overwrite vulnerability. Affected version of software is Symantec PGP Desktop 10.2.0 Build 2599 (up-to date). Through a blog post , Symantec confirmed that its a potential issue, but it cannot easily be exploited. Vulnerability is limited to systems running Windows XP and Windows 2003 only. An attacker would need local access to a vulnerable computer to exploit this vulnerability. Note posted by Nikita also provide technical details on the issue, that help Symantec encryption engineering team to understand the issue. " However, the exploit would be very difficult to trigger as it relies on the system entering an error condition f
Next Page 