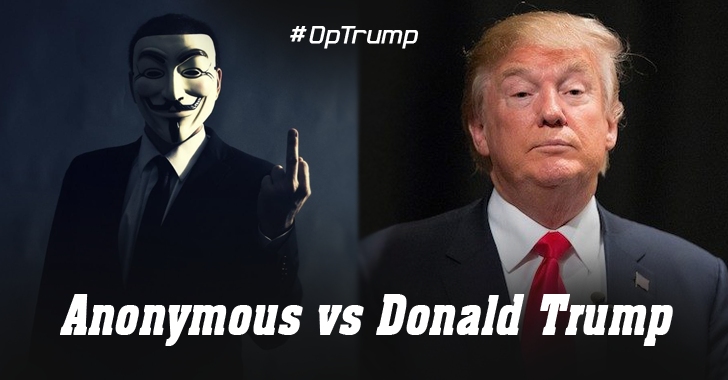 December 12, 2015Swati Khandelwal
After targeting the Islamic State (ISIS) group in the wake of Deadly terror attacks in Paris, hacktivist group Anonymous has now turned its attention to controversial US presidential candidate Donald Trump . The hacktivist group has declared war against Donald Trump following his recent radical speech stating he wanted to ban Muslims from entering the United States. Anonymous vs. Donald Trump On Wednesday, Anonymous slams Trump by posting a YouTube video in which a man in a Guy Fawkes mask says: "Donald Trump, it has come to our attention that you wish to ban all muslims from entering the United States. Muslims and Islam are not the problem. This policy will have grave impact and will serve only to fuel the emotions that ISIS uses to recruit muslims. Certainly ISIS will use this to their advantage in their social media campaigns. Instead of focusing on the innocent, the focus should be set on ways to protect them from the radicalized individuals they flee. Dona
Next Page 