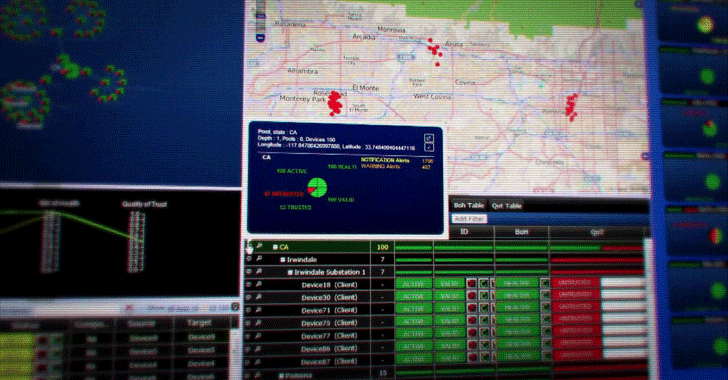 Jan 27, 2017
The IT threat landscape has changed dramatically over the last three-four years. With no shortage of threat actors, from hacktivists to nation-states, criminals to terrorists, all of them are now after something new. It's no more just about stealing your money, credit cards and defacing websites, as now they are after the intellectual property, mass attacks and most importantly, our critical infrastructures. We have long-discussed nightmare scenarios of cyber attacks against nation's critical infrastructure, but now these scenarios have come to the real world, and we have seen many such incidents in the past years. The latest example is cyber attacks against Ukrainian power grid . Just two weeks back, Ukraine's national power company Ukrenergo confirmed that electricity outage on 17-18th December last year was caused by a cyber attack. Such sophisticated cyber attacks have revealed the extent of vulnerabilities in the systems that are operating the most critic

Mar 13, 2013
According to an exclusive report published today by DNA news, the computers of highly sensitive Defence Research and Development Organisation (DRDO) have reportedly been hacked by Chinese hackers as biggest security breach in the Indian Defence ever. Infiltrate leading to the leak of thousands of top secret files related to Cabinet Committee on Security, which have been detected to have been uploaded on a server in Guangdong province of China. Indian Defence Minister A K Antony said, " Intelligence agencies are investigating the matter at this stage and I do not want to say anything else. " " The leak was detected in the first week of March as officials from India's technical intelligence wing, National Technical Research Organisation (NTRO), working with private Indian cyber security experts cracked open a file called "army cyber policy". The file had been attached to hacked email accounts of senior DRDO officials that quickly spread through the system in a matter of
Next Page 
More Resources