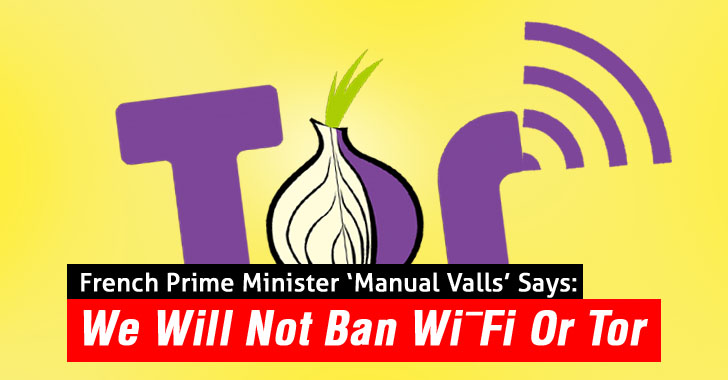 Dec 11, 2015
Despite the French Ministry of Interior's demands, France will not ban the TOR anonymity network or Free public Wi-Fi as a way to help the law enforcement fight terrorism. French Prime Minister Manual Valls has gone on record saying that a ban on Free public Wi-Fi is " not a course of action envisaged ," and he is not in favor of banning the TOR anonymity network, either. Following the deadly terror attacks on Paris last month, an internal document obtained by Le Monde indicated that French government wanted to block communications of TOR as well as ban the use of Free Public Wi-Fi during states of emergency in an effort to fight terrorism more efficiently. However, according to France PM, banning Encrypted Communications could affect the country's economy and security. Must Read:  FBI Director Asks Tech Companies to At least Don't Offer End-to-End Encryption TOR and Free Wi-Fi Safe in France, PM Says  " A ban of [free public] W
Next Page 
More Resources