Feb 04, 2014
Dear Readers,  After publishing 15 informative editions of ' The Hacker News ' magazine in past 2 years; we at THN are again planning to relaunch the new Chapters of ' The Hacker News Magazine '. The Hacker News (THN) Monthly Magazine is the most comprehensive and informative collection of IT Security, Hacking and innovative technological notions since about 2011. THN Magazine is a free monthly magazine designed to spread awareness and knowledge about cyber security. Now on the demand of our readers, we are going to launch our new Monthly editions of the THN Magazine with some new sections, innovative themes in addition with some interactive interview sessions, from the month of March this year. We cordially invite IT adepts and specialists to contribute as Authors with their new researches and knowledgeable articles, as the goal of our Free Hacking Magazine is to provide the most up-to-date information on a wide variety of topics that relate to hackers 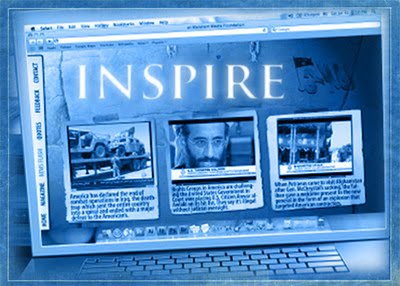 May 17, 2013
New issue of English-language al-Qaeda magazine posted on the terror group's website earlier this week linked to the Boston terrorist attacks has possibly been hacked by Western intelligence agencies and its content beyond its cover page was scrambled. The magazine, produced by al Qaeda's Yemeni affiliate, al Qaeda in the Arabian Peninsula, which regularly includes how-to instructions for followers to carry out terrorist attacks in the West, has received significant scrutiny in recent weeks. Investigators believe that Boston bomber Tamerlan Tsarnaev accessed Inspire magazine, and the material had instructions on bomb-making, a law enforcement official said.  According to analysts , the explosive devices the Boston bombers built had striking similarities to a bomb recipe in the first issue of the magazine, " How to build a bomb in your Mom's kitchen ", that has been downloaded by militants in multiple Islamist terrorist plots. Previous issu
Next Page 
More Resources