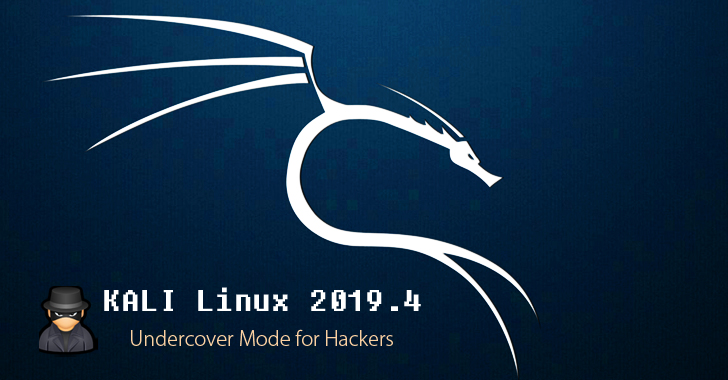 November 26, 2019Wang Wei
You can relate this: While working on my laptop, I usually prefer sitting at a corner in the room from where no one should be able to easily stare at my screen, and if you're a hacker, you must have more reasons to be paranoid. Let's go undercover: If you're in love with the Kali Linux operating system for hacking and penetration testing, here we have pretty awesome news for you. Offensive Security today released a new and the final version of Kali Linux for 2019 that includes a special theme to transform your Xfce desktop environment into a Windows look-a-like desktop. Dubbed ' Kali Undercover ,' the theme has been designed for those who work in public places or office environments and don't want people to spot that you're working on Kali Linux, an operating system popular among hackers, penetration testers, and cybersecurity researchers. As shown in the demo below, simply enabling "Kali Undercover Mode" from the menu would immediat
Next Page 