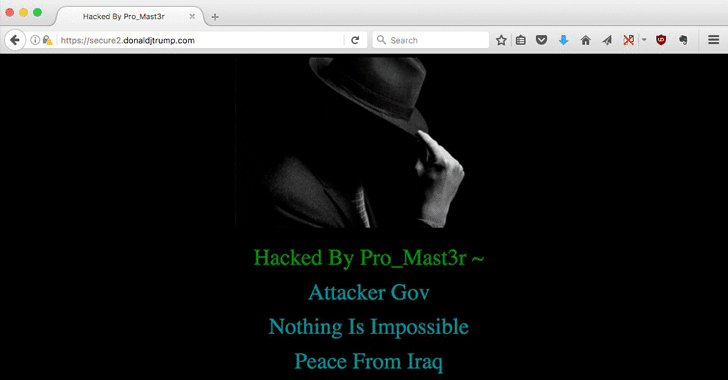 Feb 20, 2017
During the 2016 presidential election campaign, we reported about how insecure was the mail servers operated by the Trump organization that anyone with little knowledge of computers can expose almost everything about Trump and his campaign. Now, some unknown hackers calling themselves "Pro_Mast3r" managed to deface an official website associated with President Donald Trump's presidential campaign fundraising on Sunday. The hacker, claiming to be from Iraq, reportedly defaced the server, secure2.donaldjtrump.com, which is behind CloudFlare's content management system and security platform. The server appears to be an official Trump campaign server, reported Ars, as the certificate of the server is legitimate, " but a reference to an image on another site is insecure, prompting a warning on Chrome and Firefox that the connection is not secure. " The defaced website displayed an image of a black hat man and included a text message, which reads: Ha
Next Page 