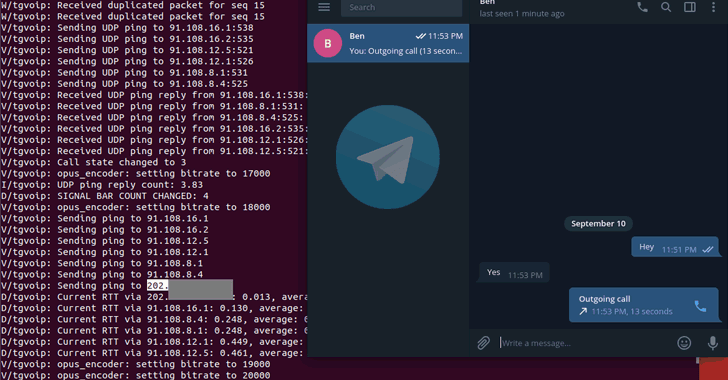 October 01, 2018Swati Khandelwal
The desktop version of the security and privacy-focused, end-to-end encrypted messaging app, Telegram , has been found leaking both users' private and public IP addresses by default during voice calls. With 200 million monthly active users as of March 2018, Telegram promotes itself as an ultra-secure instant messaging service that lets its users make end-to-end encrypted chat and voice call with other users over the Internet. Security researcher Dhiraj Mishra uncovered a vulnerability (CVE-2018-17780) in the official Desktop version of Telegram (tdesktop) for Windows, Mac, and Linux, and Telegram Messenger for Windows apps that was leaking users' IP addresses by default during voice calls due to its peer-to-peer (P2P) framework. To improve voice quality, Telegram by default uses a P2P framework for establishing a direct connection between the two users while initiating a voice call, exposing the IP addresses of the two participants. Telegram Calls Could Leak Your 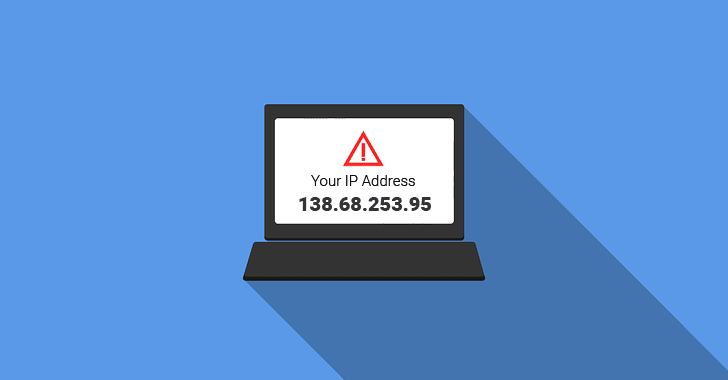 March 15, 2018Mohit Kumar
Researchers found critical vulnerabilities in three popular VPN services that could leak users' real IP addresses and other sensitive data. VPN, or Virtual Private Network , is a great way to protect your daily online activities that work by encrypting your data and boosting security, as well as useful to obscure your actual IP address. While some choose VPN services for online anonymity and data security, one major reason many people use VPN is to hide their real IP addresses to bypass online censorship and access websites that are blocked by their ISPs. But what if when the VPN you thought is protecting your privacy is actually leaking your sensitive data and real location? A team of three ethical hackers hired by privacy advocate firm VPN Mentor revealed that three popular VPN service providers—HotSpot Shield, PureVPN, and Zenmate—with millions of customers worldwide were found vulnerable to flaws that could compromise user's privacy. The team includes applicat 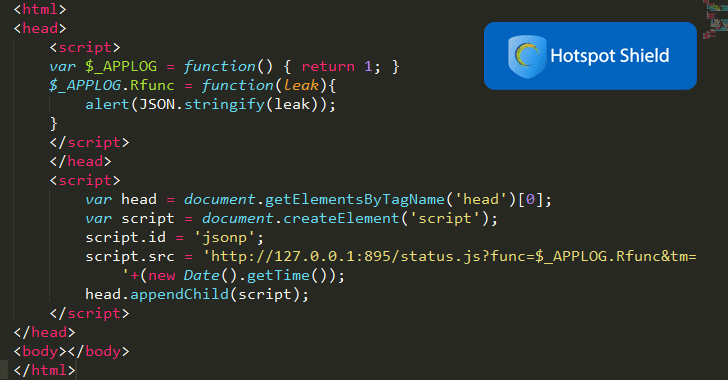 February 07, 2018Mohit Kumar
Virtual Private Network (VPN) is one of the best solutions you can have to protect your privacy and data on the Internet, but you should be more vigilant while choosing a VPN service which truly respects your privacy. If you are using the popular VPN service Hotspot Shield for online anonymity and privacy, you may inadvertently be leaking your real IP address and other sensitive information. Developed by AnchorFree GmbH, Hotspot Shield is a VPN service available for free on Google Play Store and Apple Mac App Store with an estimated 500 million users around the world. The service promises to " secure all online activities ," hide users' IP addresses and their identities and protect them from tracking by transferring their internet and browsing traffic through its encrypted channel. However, an 'alleged' information disclosure vulnerability discovered in Hotspot Shield results in the exposure of users data, like the name of Wi-Fi network name (if conne
Next Page 
Online Courses and Software