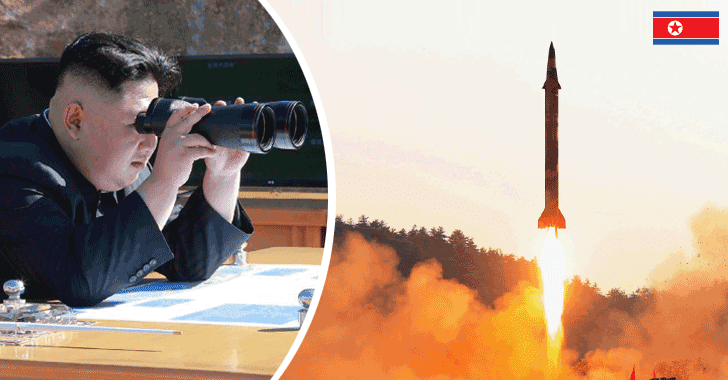 July 06, 2017Swati Khandelwal
If you hold an interest in the North Korean Missile Program and are one of those curious to know capabilities of the recently tested North Korean long-range missile than you could be a target of a new malware campaign. North Korea claims to have conducted the first test of an intercontinental ballistic missile (ICBM), the Hwasong-14 , on 3rd July, and US officials believe the country may have fired a brand-new missile that has not been seen before. Now, just a day after the test missile launch, hackers have started utilizing the news to target people interested in North Korean missile arsenal that has progressed over the decades from crude artillery rockets to testing what the country claims long-range missiles that could strike targets in the United States. Security researchers at Talos Intelligence have discovered a new malware campaign that started on 4th July to target victims with KONNI, an unknown Remote Access Trojan (RAT) that has been in use for over three years.
Next Page 
Popular This Week
Apple Releases Urgent 0-Day Bug Patch for Mac, iPhone and iPad Devices
New PetitPotam NTLM Relay Attack Lets Hackers Take Over Windows Domains
Hackers Turning to 'Exotic' Programming Languages for Malware Development
How to Mitigate Microsoft Windows 10, 11 SeriousSAM Vulnerability
Microsoft Warns of LemonDuck Malware Targeting Windows and Linux Systems
Hackers Posed as Aerobics Instructors for Years to Target Aerospace Employees