The Hacker News - Cybersecurity News and Analysis: Hacker wanted by the FBI 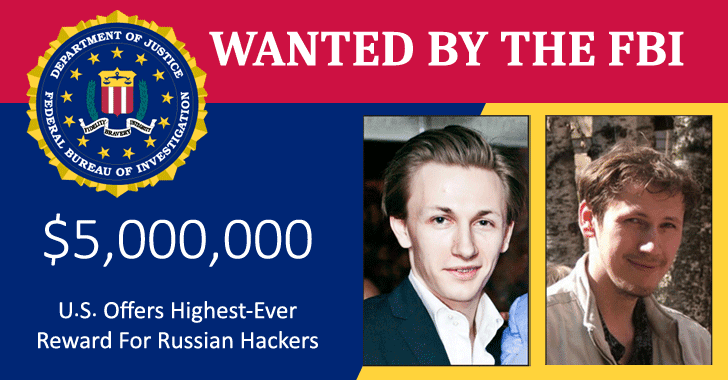 December 05, 2019Swati Khandelwal
The United States Department of Justice today disclosed the identities of two Russian hackers and charged them for developing and distributing the Dridex banking Trojan using which the duo stole more than $100 million over a period of 10 years. Maksim Yakubets , the leader of 'Evil Corp' hacking group, and his co-conspirator Igor Turashev primarily distributed Dridex — also known as ' Bugat ' and ' Cridex ' — through multi-million email campaigns and targeted numerous organizations around the world. The State Department has also announced a reward of up to $5 million—the largest offered bounty to date for a cybercrime suspect—for providing information that could lead to the arrest of Yakubets, who remains at large. "Bugat is a multifunction malware package designed to automate the theft of confidential personal and financial information, such as online banking credentials, from infected computers," the DoJ said in its press release . &qu
Next Page 
Online Courses and Software