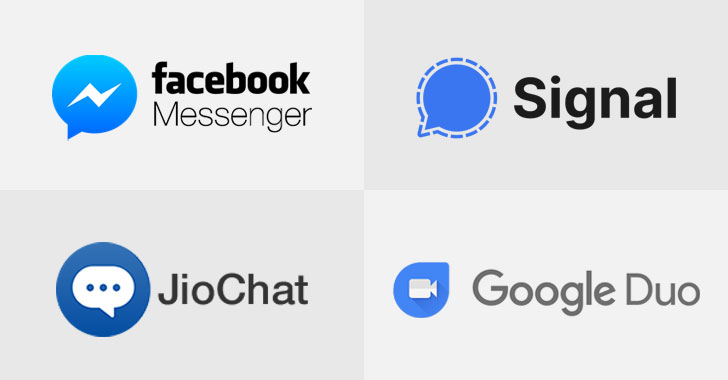 January 20, 2021Ravie Lakshmanan
In January 2019, a  critical flaw  was reported in Apple's FaceTime group chats feature that made it possible for users to initiate a FaceTime video call and eavesdrop on targets by adding their own number as a third person in a group chat even before the person on the other end accepted the incoming call. The vulnerability was deemed so severe that the iPhone maker removed the FaceTime group chats feature altogether before the issue was resolved in a subsequent iOS update. Since then, a number of similar shortcomings have been discovered in multiple video chat apps such as Signal, JioChat, Mocha, Google Duo, and Facebook Messenger — all thanks to the work of Google Project Zero researcher Natalie Silvanovich. "While [the Group FaceTime] bug was soon fixed, the fact that such a serious and easy to reach vulnerability had occurred due to a logic bug in a calling state machine — an attack scenario I had never seen considered on any platform — made me wonder whether other sta
Next Page 