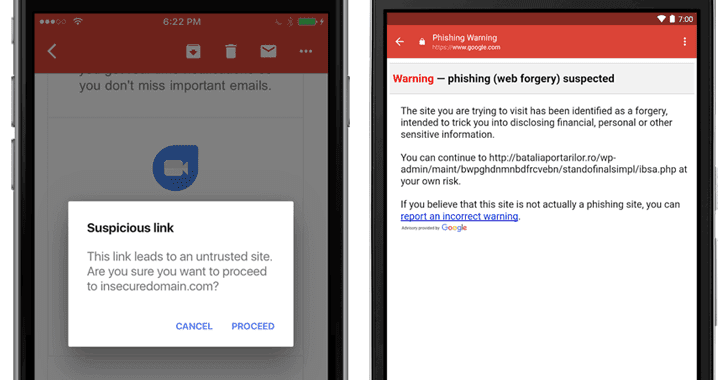 August 14, 2017Mohit Kumar
Phishing — is an older style of cyber-attack but remains one of the most common and efficient attack vectors for attackers, as a majority of banking malware and various ransomware attacks begin with a user clicking on a malicious link or opening a dangerous attachment in an email. Phishing has evolved than ever before in the past few years – which is why it remains one of those threats that we have been combating for many years. We have seen phishing campaigns that are so convincing and effective that even tech-savvy people can be tricked into giving away their credentials to hackers. And some that are " almost impossible to detect " and used to trick even the most careful users on the Internet. To help combat this issue, Google has introduced a security defence for it's over a billion users that will help users weed out phishing emails from their Gmail inbox. Google has rolled out new anti-phishing security checks for its Gmail app for iPhone users that will 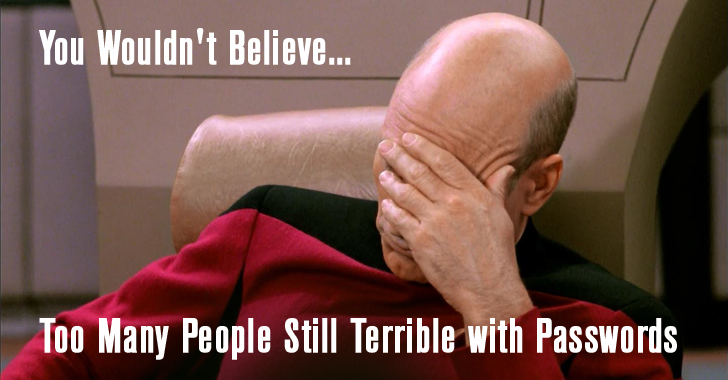 January 21, 2016Wang Wei
Some things online can never change like -- Terrible Passwords by Humans . When it's about various security measures to be taken in order to protect your Internet security, like installing a good anti-virus or running Linux on your system doesn't mean that your work gets over here, and you are safe enough from online threats. However, even after countless warnings, most people are continuously using deadly-simple passwords, like '123456' or 'password,' to safeguard their most sensitive data. Evidence suggests that weak passwords are as popular now as they ever were, and the top 25 passwords of 2015 are very easy to guess. Password management firm SplashData on Tuesday released its annual " Worst Passwords List ". The 2015 list almost resembled the 2014 list of the worst password, but there are some interesting new entries, including the Star Wars-inspired ' solo ,' and ' starwars .' Also Read:  Best Password Manager — 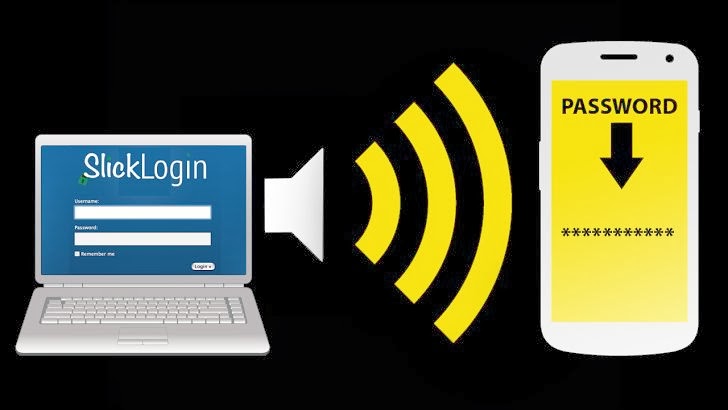 February 18, 2014Anonymous
Does a Strong Password Guarantee you the Security of your Online Account? If yes, then you should once check out our ' Data breaches ' section on the website. A Startup Company,  SlickLogin  has developed a technology that enables you to login into online accounts using Ultrasonic sound, instead of entering username and password on your. The company claims its technology offers " military-grade security " that replaces passwords in the two-step process simply by placing your Phone next to their laptop or tablet. When you sign-in via SlickLogin enabled website, the computer will play a sound which is encrypted into Ultrasonic Sound, inaudible to the human ear, but your Smartphone can hear it. The Smartphone Sends data back to the SlickLogin Servers for authentication and grants immediate access. Each sound is different, unique and cannot be reused to hack an account. Recently, Google has acquired this two month old Israeli Startup, " Today
Next Page 