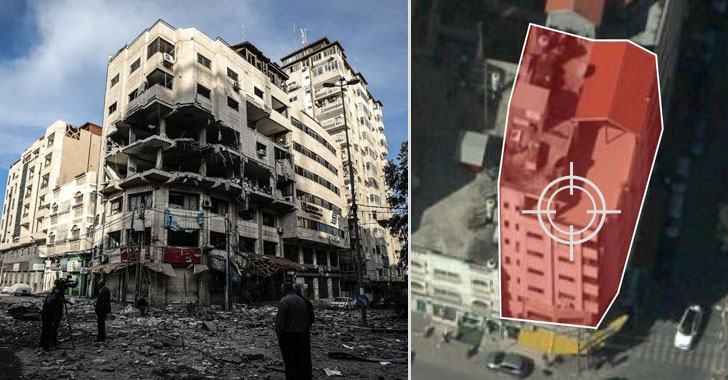 May 06, 2019
The Israel Defense Force (IDF) claims to have neutralized an "attempted" cyber attack by launching airstrikes on a building in Gaza Strip from where it says the attack was originated. As shown in a video tweeted by IDF, the building in the Gaza Strip, which Israeli fighter drones have now destroyed, was reportedly the headquarters for Palestinian Hamas military intelligence, from where a cyber unit of hackers was allegedly trying to penetrate Israel's cyberspace. "We thwarted an attempted Hamas cyber offensive against Israeli targets. Following our successful cyber defensive operation, we targeted a building where the Hamas cyber operatives work. HamasCyberHQ.exe has been removed," said the Israeli Defence Forces on Twitter. However, the Israel Defense Force has not shared any information about the attempted cyber attack by the Hamas group, saying it would reveal the country's cyber capabilities. According to Judah Ari Gross of Times of Israel ,
Next Page 