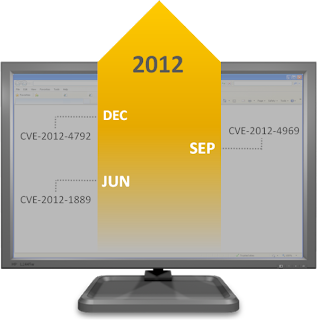 January 06, 2013Mohit Kumar
Last week we have seen ongoing attacks was exploiting a vulnerability in Internet Explorer 6, Internet Explorer 7, and Internet Explorer 8 that came to light after the Council on Foreign Relations website was hacked and was hosting the code. Symantec has linked exploits to the group responsible for a spate of recent espionage attacks Dubbed the " Elderwood Project ". In May 2012, Amnesty International's Hong Kong website was compromised & used to serve up a malicious SWF file that exploited CVE-2012-1875, a vulnerability affecting Internet Explorer. A few months later in Sep 2012, the same group behind that attack was responsible for using another IE zero-day CVE-2012-4969. Microsoft issued a temporary Fix-it patch for the vulnerability but now researchers are claiming that they have bypassed the patch and were able to compromise a fully patched system. Name comes from a source code variable used by the attackers. In the past, the group has used a mix of sp
Next Page 