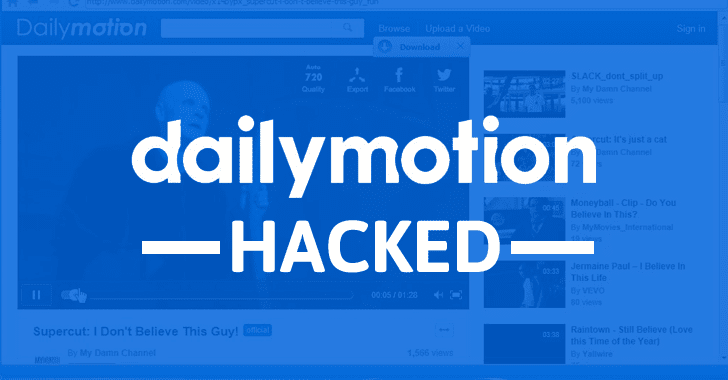 December 05, 2016Swati Khandelwal
Another day, another data breach. This time a popular video sharing platform DailyMotion has allegedly been hacked and tens of millions of users information have been stolen. Breach notification service LeakedSource announced the data breach on Monday after the company obtained 85.2 Million records from Dailymotion. According to LeakedSource, the DailyMotion data breach appears to have taken place on October 20, 2016, which means it is possible that hackers have been circulating the data for over a month. The stolen data consists of 85.2 Million unique email addresses and usernames and around 20 percent of the accounts (more than 18 Million users) had hashed passwords tied to them. The passwords were protected using the Bcrypt hashing algorithm with ten rounds of rekeying, making it difficult for hackers to obtain user's actual password. Bcrypt is a cryptographic algorithm that makes the hashing process so slow that it would literally take centuries to actual brute-
Next Page 