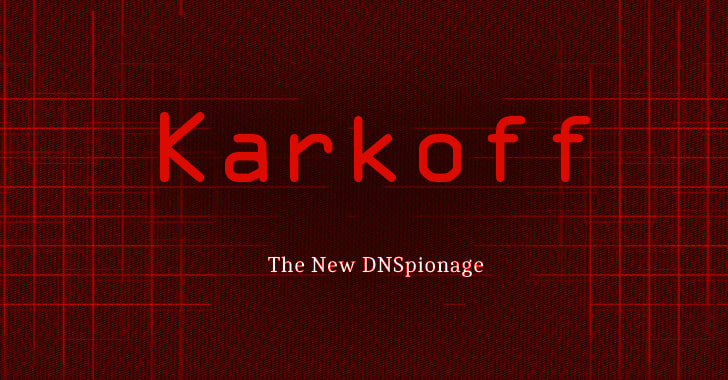 April 24, 2019Swati Khandelwal
The cybercriminal group behind the infamous DNSpionage malware campaign has been found running a new sophisticated operation that infects selected victims with a new variant of the DNSpionage malware. First uncovered in November last year, the DNSpionage attacks used compromised sites and crafted malicious documents to infect victims' computers with DNSpionage —a custom remote administrative tool that uses HTTP and DNS communication to communicate with the attacker-controlled command and control server. According to a new report published by Cisco's Talos threat research team, the group has adopted some new tactics, techniques and procedures to improve the efficacy of their operations, making their cyber attacks more targeted, organised and sophisticated in nature. Unlike previous campaigns, attackers have now started performing reconnaissance on its victims before infecting them with a new piece of malware, dubbed Karkoff , allowing them to selectively choose which t 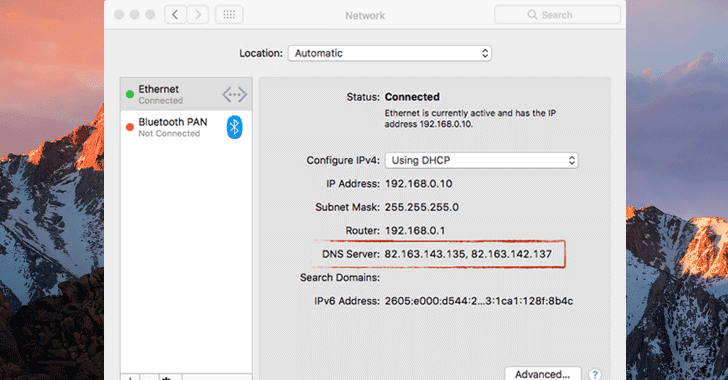 January 12, 2018Mohit Kumar
A security researcher has revealed details of a new piece of undetectable malware targeting Apple's Mac computers—reportedly first macOS malware of 2018. Dubbed OSX/MaMi , an unsigned Mach-O 64-bit executable, the malware is somewhat similar to DNSChanger malware that infected millions of computers across the world in 2012. DNSChanger malware typically changes DNS server settings on infected computers, allowing attackers to route internet traffic through malicious servers and intercept sensitive information. First appeared on the Malwarebytes forum, a user posted a query regarding unknown malware that infected his friend's computer that silently changed DNS settings on infected macOS to 82.163.143.135 and 82.163.142.137 addresses. After looking at the post, ex-NSA hacker Patrick Wardle analysed the malware and found that it is indeed a ' DNS Hijacker, ' which also invokes security tools to install a new root certificate in an attempt to intercept encrypte 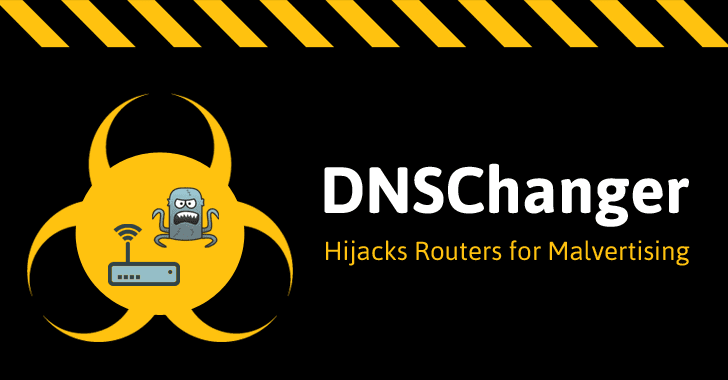 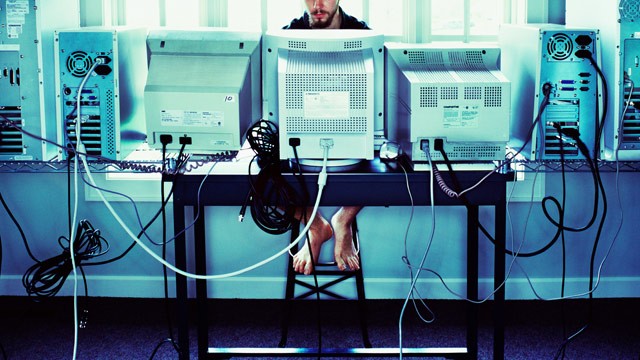 February 02, 2013Mohit Kumar
Remember the DNS Changer malware that infected at least four million computers in more than 100 countries, including 500,000 in the United States, with malicious software or malware ? Valeri Aleksejev, 32 years old from Estonia, is the first of the seven individuals to enter a plea, admitting his guilt for his role in the global scam that netted approximately $14 million. He faces up to 25 years in prison, deportation and the forfeiture of $7 million. The other six individuals have been named as Anton Ivanov, Vladimir Tsastsin, Timur Gerassimenko, Dmitri Jegorov, Konstantin Poltev, and Andrey Taame.  Alekseev was the first large-scale Internet fraud criminal case came to trial. The scam had several components, including a click-hijacking fraud in which Malware was delivered to victims' PCs when they visited specially crafted websites or when they downloaded phony video codec software. The malware changed the DNS settings of the infected computers, and even in case
Next Page 
Online Courses and Software