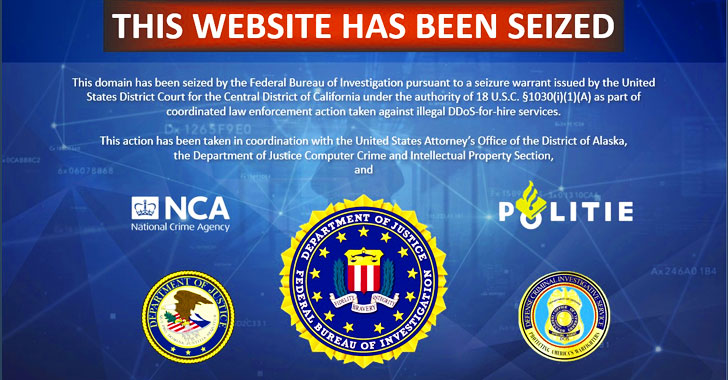 Dec 21, 2018
The FBI just saved the Christmas. The U.S. Justice Department announced earlier today that the FBI has seized domains of 15 "DDoS-for-hire" websites and charged three individuals running some of these services. DDoS-for-hire , or "Booter" or "Stresser," services rent out access to a network of infected devices, which then can be used by anyone, even the least tech-savvy individual, to launch distributed denial-of-service (DDoS) attacks against any website and disrupt its access. In recent years, multiple hacking groups ruined Christmas Day for millions of gamers by taking down PlayStation, Xbox networks and other gaming servers using massive DDoS attacks. "Booter services such as those named in this action allegedly cause attacks on a wide array of victims in the United States and abroad, including financial institutions, universities, internet service providers, government systems, and various gaming platforms," the DoJ said. &qu 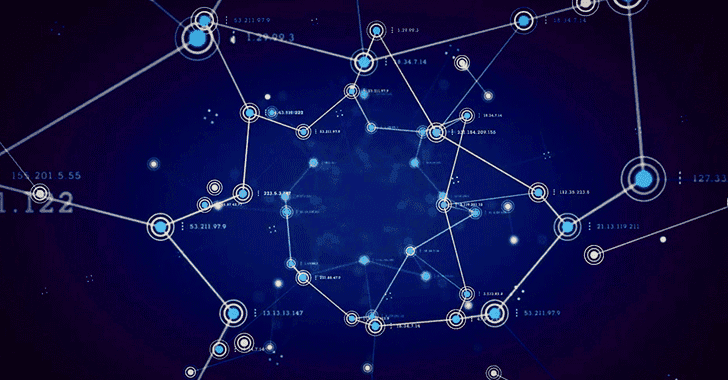 Jan 15, 2018
The cybersecurity threat landscape has never been more extensive and is most likely to grow exponentially in 2018. Although the original creators of Mirai DDoS botnet have already been arrested and jailed, the variants of the infamous IoT malware are still in the game due to the availability of its source code on the Internet. Security researchers have spotted a new variant of infamous Mirai IoT malware designed to hijack insecure devices that run on ARC embedded processors. Until now, Mirai and its variants have been targeting CPU architectures— including x86, ARM, Sparc, MIPS, PowerPC and Motorola 6800 —deployed in millions of Internet of Things (IoT) devices. Dubbed Okiru , the new Mirai variant, first spotted by @unixfreaxjp from MalwareMustDie team and notified by independent researcher Odisseus , is a new piece of ELF malware that targets ARC-based embedded devices running Linux operating system. " This is the FIRST TIME ever in the history of computer eng 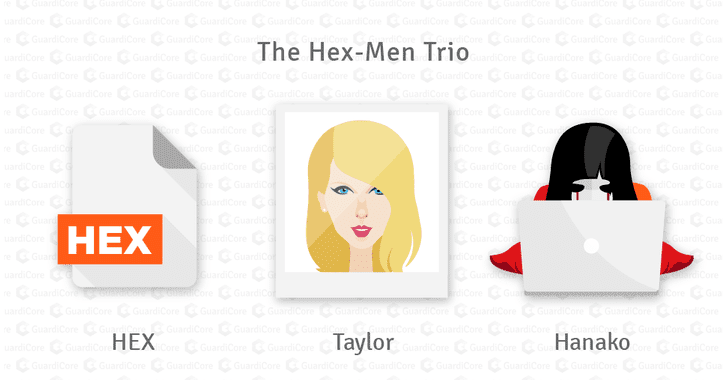 Dec 21, 2017
Security researchers have discovered multiple attack campaigns conducted by an established Chinese criminal group that operates worldwide, targeting database servers for mining cryptocurrencies, exfiltrating sensitive data and building a DDoS botnet. The researchers from security firm GuardiCore Labs have analyzed thousands of attacks launched in recent months and identified at least three attack variants— Hex, Hanako, and Taylor —targeting different MS SQL and MySQL servers for both Windows and Linux. The goals of all the three variants are different—Hex installs cryptocurrency miners and remote access trojans (RATs) on infected machines, Taylor installs a keylogger and a backdoor, and Hanako uses infected devices to build a DDoS botnet. So far, researchers have recorded hundreds of Hex and Hanako attacks and tens of thousands of Taylor attacks each month and found that most compromised machines are based in China, and some in Thailand, the United States, Japan and others. 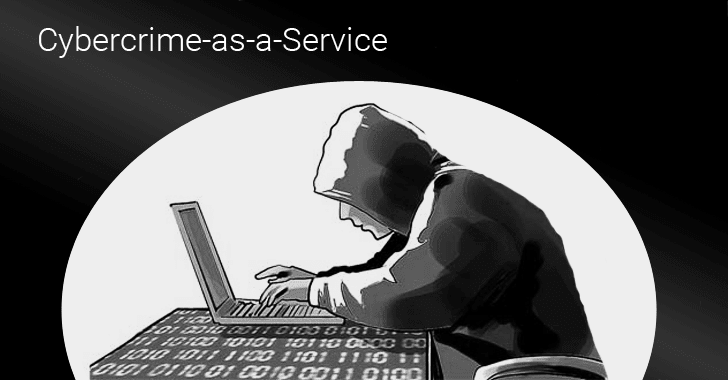 Jul 15, 2017
Cybercrime has continued to evolve and today exists in a highly organised form. Cybercrime has increasingly been commercialised, and itself become big business by renting out an expanded range of hacking tools and technologies, from exploit kits to ransomware, to help anyone build threats and launch attacks. In past few years, we have witnessed the increase in the popularity of malware-as-a-service (MaaS), which is today a prosperous business on the underground black market that offers an array of services, including ransomware-as-a-service , DDoS-as-a-service , phishing-as-a-service, and much more. Two such services have recently been spotted by two separate group of researchers, which we have detailed in this article. Ovidiy Stealer — $7 Password-Stealing Malware For Everyone A new credential stealing malware that targets primarily web browsers is being marketed at Russian-speaking web forums for as cheap as $7, allowing anyone with even little technical knowledge to h 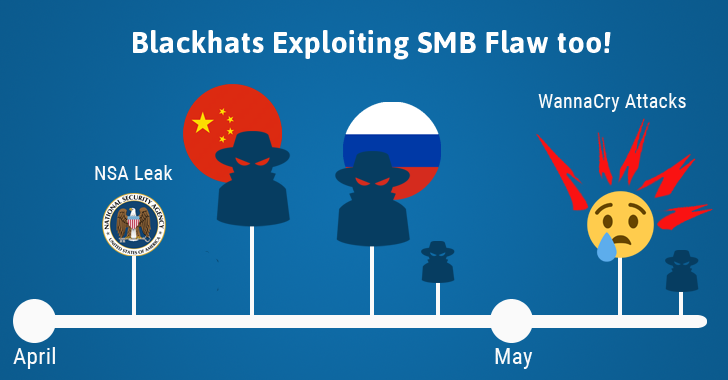 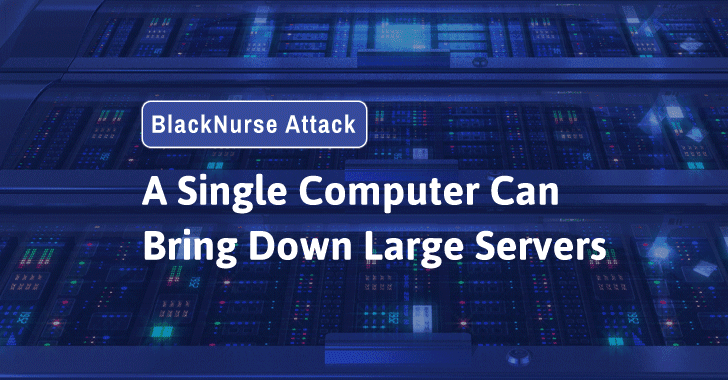 Nov 14, 2016
Yes, you only need a single laptop with a decent internet connection, rather a massive botnet, to launch overwhelming denial of service (DoS) attacks in order to bring down major Internet servers and modern-day firewalls. Researchers at TDC Security Operations Center have discovered a new attack technique that lone attackers with limited resources (in this case, a laptop and at least 15Mbps of bandwidth) can use to knock large servers offline. Dubbed a BlackNurse attack or the low-rate " Ping of Death " attack, the technique can be used to launch several low-volume DoS attacks by sending specially formed Internet Control Message Protocol (ICMP) packets, or 'pings' that overwhelm the processors on server protected by firewalls from Cisco, Palo Alto Networks, among others. ICMP is a protocol used by routers and other networking devices to send and receive error messages. According to a technical report [ PDF ] published this week, the BlackNurse attack is mo 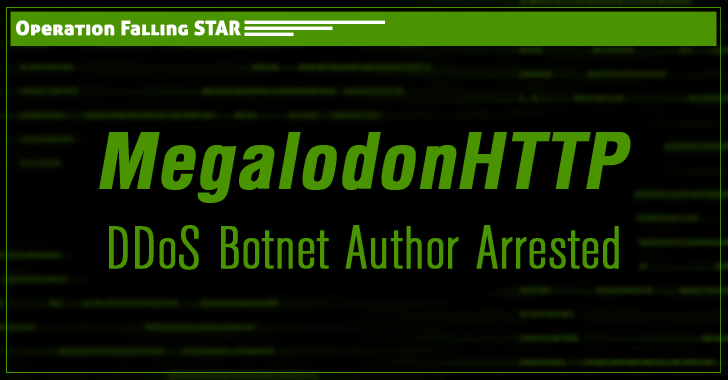 Jan 15, 2016
Last month, the Norway police arrested five hackers accused of running the MegalodonHTTP Remote Access Trojan (RAT). The arrests came as part of the joint operation between Norway's Kripos National Criminal Investigation Service and Europol, codenamed " OP Falling sTAR ." According to the United States security firm, all the five men, aged between 16 and 24 years and located in Romania, France, and Norway, were charged with possessing, using and selling malware. One of those arrested also confessed to running his own web store where he sold malware, designed to take full control of target computers, harvesting passwords, and other personal data. Moreover, the malware can be used to hijack webcams in real-time, and steal documents, images, and videos as well. "Damballa's threat discovery center worked in cooperation with the Norway police over the last few months to track and identify the author of the malware dubbed MegalodonHTTP," threat
Next Page 
More Resources