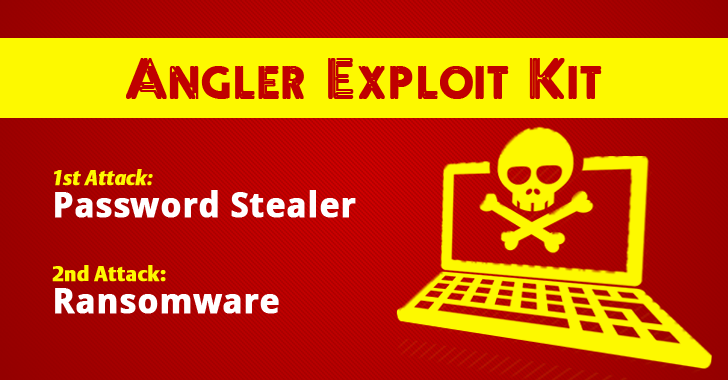 December 04, 2015Swati Khandelwal
You should be very careful while visiting websites on the Internet because you could be hit by a new upgrade to the World's worst Exploit Kit – Angler , which lets hackers develop and conduct their own drive-by attacks on visitors' computers with relative ease. Many poorly-secured websites are targeting Windows users with a new "Cocktail" of malware that steals users' passwords before locking them out from their machines for ransom. Yes, stealing Windows users' passwords before encrypting their data and locking their PCs for ransom makes this upgrade to the Angler Exploit Kit nastier. Here's How the New Threat Works: Once the Angler exploit kit finds a vulnerable application, such as Adobe Flash, in visitor's computer, the kit delivers its malicious payloads, according to a blog post published by Heimdal Security. The First Payload infects the victim's PC with a widely used data thief exploit known as Pony that systematic 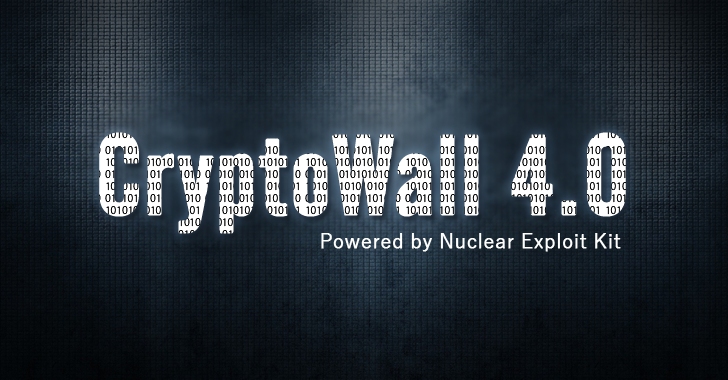 November 26, 2015Swati Khandelwal
Beware Internet Users! Cryptowall 4.0 – the newest version of the world's worst Ransomware – has surfaced in the Nuclear exploit kit , one of the most potent exploit kits available in the underground market for hacking into computers. Ransomware threat has emerged as one of the biggest threats to internet users in recent times. Typically, a Ransomware malware encrypts all files on victim's computer with a strong cryptographic algorithm, then demand a ransom to be paid in Bitcoin (range between $200 and $10,000). Cryptowall is currently among the most widespread and sophisticated family of Ransomware backed by a very robust back-end infrastructure. Also Read: Anyone can Now Create their Own Ransomware using This Hacking ToolKit The recent report dated back to last month suggested that the authors of Cryptowall 3.0 ransomware virus have managed to raise more than $325 Million in revenue in the past year alone. With the debut of Cryptowall 4.0 at the beg
Next Page 