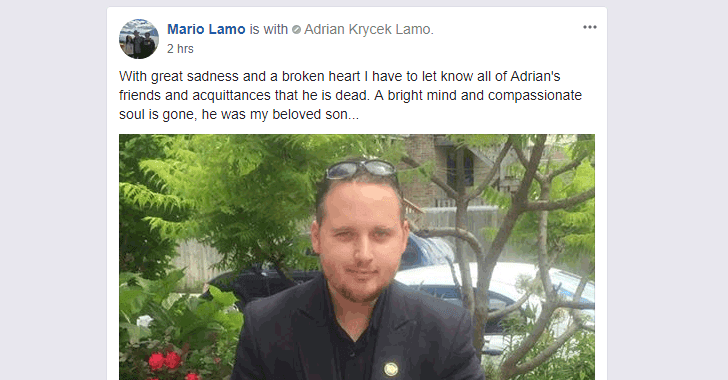 March 16, 2018Mohit Kumar
Adrian Lamo, the hacker who tipped off the FBI about Wikileaks whistleblower Chelsea Manning, dies at the age of 37, according to a Facebook post by his father Mario Lamo-Jiménez. "With great sadness and a broken heart I have to let know all of Adrian's friends and acquaintances that he is dead. A bright mind and compassionate soul is gone, he was my beloved son..."  he posted. At this moment the cause of death is unknown, though reportedly Adrian was diagnosed with Asperger Syndrome in July 2010 and briefly hospitalized. Adrian was a former hacker, threat analyst, and writer, who had previously been behind several high-profile security breaches but gained headlines after breaking into The New York Times computer systems in 2002. Adrian was given the appellation " Homeless Hacker " by the media because once when he was unemployed he wandered the country by Greyhound bus and hacked corporations from inside abandoned buildings. He spent almost six mont
Next Page 