The Hacker News - Cybersecurity News and Analysis: Banned from Internet 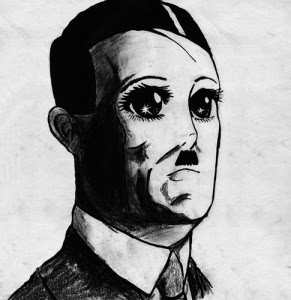 November 09, 2012Mohit Kumar
A 15-year-old  UG Nazi hacker  going by the name of Cosmo or Cosmo the God  was sentenced in juvenile court on Wednesday with terms for six years without any computers or Internet, until his 21st birthday. During these 6 years, he'll need approval from his parole officer to access the internet. Wired report that hacker resides in Long Beach, California, and began as a politicized group that opposed SOPA, took down a bevy of websites this year, including those for NASDAQ, CIA.gov, and UFC.com. It redirected 4Chan's DNS to point to its own Twitter feed. Hacker pled guilty to more than a few felonies, with charges ranging from credit card fraud to online impersonation. The probation that Cosmo agreed to as part of his plea limits his use of the internet to solely educational purposes, and all use will be supervised. As part of the hacker group UGNazi, he was able to gain access to accounts on sites including Amazon, PayPal, Microsoft, Netflix, and many more. He is prohibited from
Next Page 
Popular This Week
WhatsApp Will Disable Your Account If You Don't Agree Sharing Data With Facebook
Unveiled: SUNSPOT Malware Was Used to Inject SolarWinds Backdoor
Intel Adds Hardware-Enabled Ransomware Detection to 11th Gen vPro Chips
New Attack Could Let Hackers Clone Your Google Titan 2FA Security Keys
Hackers Steal Mimecast Certificate Used to Securely Connect with Microsoft 365
Authorities Take Down World's Largest Illegal Dark Web Marketplace
Online Courses and Software