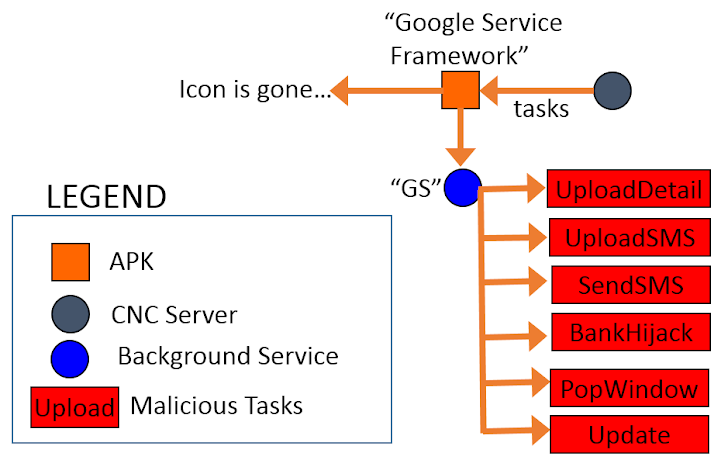 July 03, 2014Mohit Kumar
Cybercriminals have rolled out a new malicious Android application that wraps different varieties of banking fraud trick into a single piece of advanced mobile malware . GOOGLE SERVICE FRAMEWORK - APPLICATION OR MALWARE? Security researchers at the security firm FireEye have came across a malicious Android application that binds together the latest and older hijacking techniques. The malicious Android app combines private data theft, banking credential theft and spoofing, and remote access into a single unit, where traditional malware has had only one such capability included in it. Researchers dubbed the malware as HijackRAT , a banking trojan that comes loaded with a malicious Android application which disguises itself as "Google Service Framework," first and the most advanced Android malware sample of its kind ever discovered, combining all the three malicious activities together. MALWARE FEATURES By giving the remote control of the infected device to hackers,
Next Page 