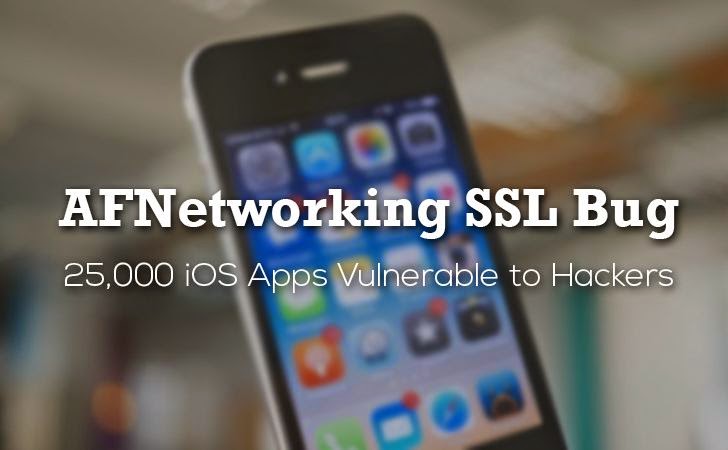 Apr 25, 2015
A critical vulnerability resides in AFNetworking could allow an attacker to cripple the HTTPS protection of 25,000 iOS apps available in Apple's App Store via man-in-the-middle (MITM) attacks . AFNetworking is a popular open-source code library that lets developers drop networking capabilities into their iOS and OS X products. But, it fails to check the domain name for which the SSL certificate has been issued. Any Apple iOS application that uses AFNetworking version prior to the latest version 2.5.3 may be vulnerable to the flaw that could allow hackers to steal or tamper data, even if the app protected by the SSL (secure sockets layer) protocol . Use any SSL Certificate to decrypt users' sensitive data: An attacker could use any valid SSL certificate for any domain name in order to exploit the vulnerability, as long as the certificate issued by a trusted certificate authority (CA) that's something you can buy for $50. " This meant that a coffee sh
Next Page 
More Resources