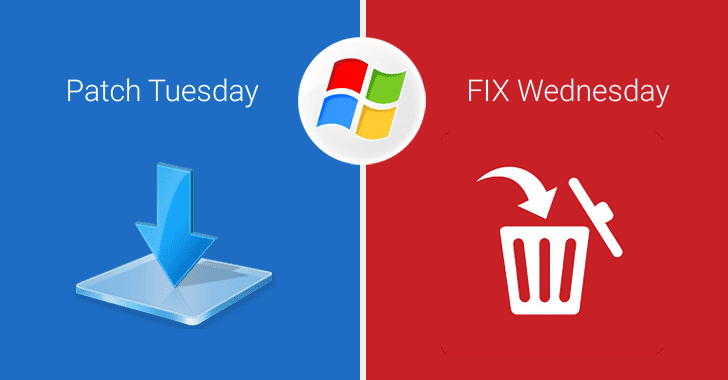 Do you always think twice before installing Windows updates worrying that it could crash your system or leave it non-working the day after Patch Tuesdays?

Microsoft has addressed this issue by adding a safety measure that would from now onwards automatically uninstall buggy software updates installed on your system if Windows 10 detects a startup failure, which could be due to incompatibility or issues in new software.

A new document published by Microsoft on Monday, a day before this month's Patch Tuesday, says just like Windows "automatically installs updates to keep your device secure and running at peak efficiency," the OS will now run another automatic process to uninstall problematic updates.

From now on, if you receive the following notification on your device, that means your Windows 10 computer has recently been recovered from a startup failure,first sighted by Windows Latest blog.

"We removed some recently installed updates to recover your device from a startup failure."


If Windows 10 detects this, the operating system will try to resolve the failure by uninstalling recently installed Windows updates, which is only done when all automatic recovery attempts fail. 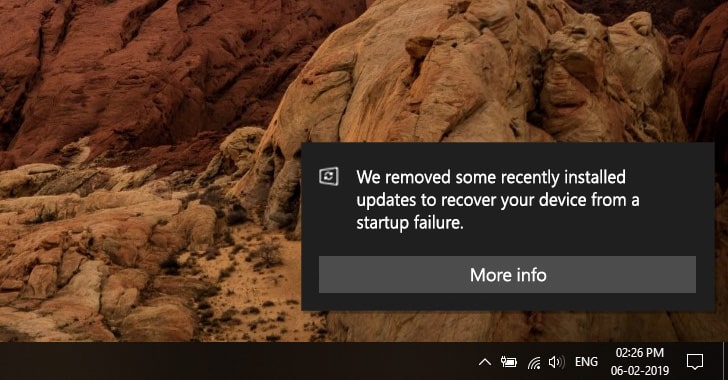 Besides this, if such issues happen, Windows 10 will automatically block installation of the problematic updates for the next 30 days to ensure that your system can start up and continue running just fine.

Also in the meantime, Microsoft and its partners can investigate the issue and fix it before the update is delivered to the user again after 30 days.

For Windows 10 users who believe that the updates in question should not have been uninstalled, Microsoft allows them to manually install driver or quality updates.

However, the tech giant noted that if those updates manage to stop your system from starting up properly even after automatic or manual installation, Windows will uninstall them again.

At last, Microsoft also asked Windows users to share their feedbacks using the Feedback Hub so that the company can diagnose and remediate the issues with these updates and work on a fix accordingly.

This new safety measure, which comes in action as of today, would definitely help a lot of Windows users deal with problematic updates and associated issues. Let's see how this new system goes as Microsoft is set to roll out the March Patch Tuesday security updates in just a few hours.