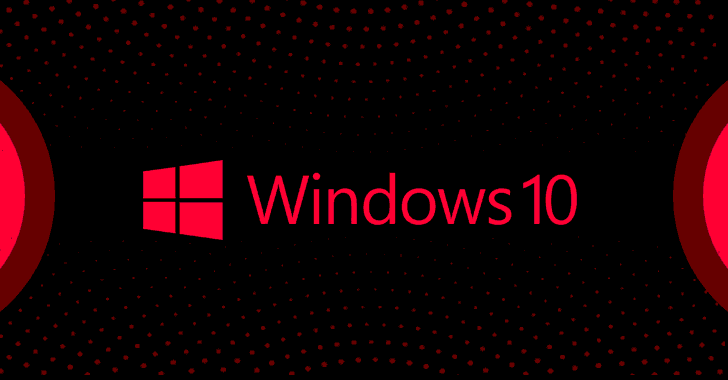 Microsoft silently patched a bug in its Windows 10 operating system with the October 2018 update (version 1809) that allowed Microsoft Store apps with extensive file system permission to access all files on users' computers without their consent.

UWP apps have the ability to access certain API, files like pictures, music, or devices like camera and microphone, by declaring required permissions in their package manifest (configuration) file.

By default, UWP apps have access to directories, where the app is installed on the users' system and where the app can store data (local, roaming and temporary folders).

However, to access other files on a system, including sensitive resources, Microsoft offers several types of capabilities that an application can use by declaring their permission in the manifest file.

One such extensive capability, called broadFileSystemAccess (Broad Filesystem Access), allows an application to access the file system at the same level as the user who launched the app.

However, according to Microsoft, this is a restricted capability that, if used, will trigger a user-consent prompt while users first launch the app, asking them to grant or deny this permission to the app.

"On first use, the system will prompt the user to allow access. Access is configurable in Settings > Privacy > File system. If you submit an app to the Store that declares this capability, you will need to supply additional descriptions of why your app needs this capability, and how it intends to use it," Microsoft documentation says.


According to Windows app developer Sébastien Lachance, Windows 10 version prior to October 2018 Update failed to display prompts for permission to access the file system due to a bug, apparently leaving users sensitive data exposed to apps downloaded from Windows Store.

In other words, until version 1809, the apps could actually be used to access the entire file system without prompting users for the permission.

Lachance learned about the bug when one of his application that uses broadFileSystemAccess permission started crashing after he installed the Windows 10 October 2018 Update. 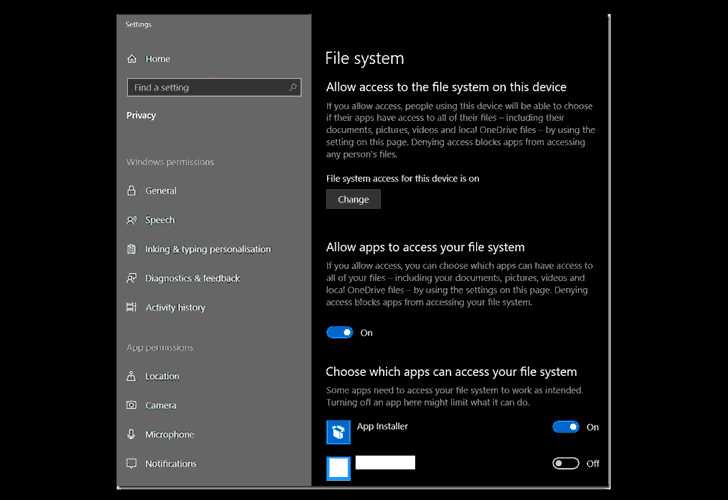 A Microsoft engineer later explained Lachance that since the latest Windows 10 update addressed the prompt issue by turning the 'broadFileSystemAccess' setting OFF by default, all UWP apps may need to be updated to prevent crashes.

In order to prevent crashes, Andrew suggested Windows app developers include a simple line of code in their affected software that will force their users to accept the new file access permission in the settings before launching the application.

Since Microsoft halted the roll-out of the Windows 10 October Update due to a file-wiping bug, users who don't have the update can restrict UWP apps access to the file system on their Windows 10 computer via Settings → Privacy → File system.