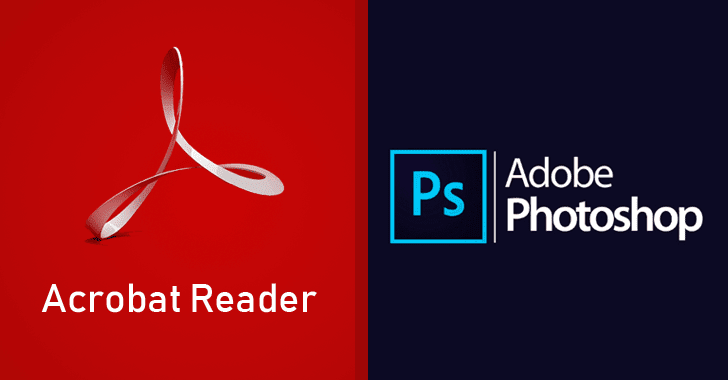 Adobe has just released new versions of its Acrobat DC, Reader and Photoshop CC for Windows and macOS users that patch 48 vulnerabilities in its software.

A total of 47 vulnerabilities affect Adobe Acrobat and Reader applications, and one critical remote code execution flaw has been patched in Adobe Photoshop CC.

Out of 47, Adobe Acrobat and Reader affect with 24 critical vulnerabilities—categorized as Double Free, Heap Overflow, Use-after-free, Out-of-bounds write, Type Confusion, and Untrusted pointer dereference—which if exploited, could allow arbitrary code execution in the context of the targeted user.

Rest of the 23 flaws, including Security Bypass, Out-of-bounds read, Memory Corruption, NTLM SSO hash theft, and HTTP POST newline injection via XFA submission, are marked as important and can lead to information disclosure or security bypass. 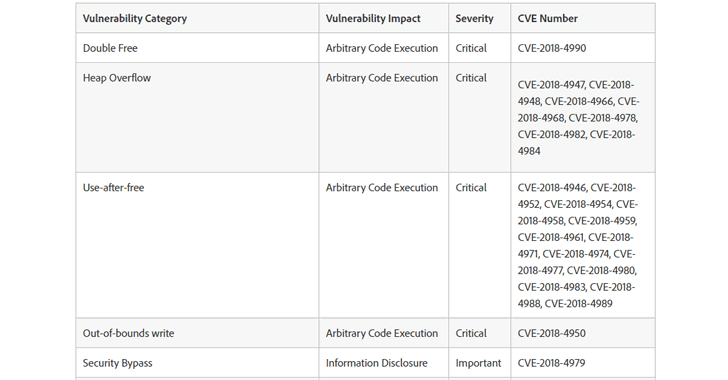 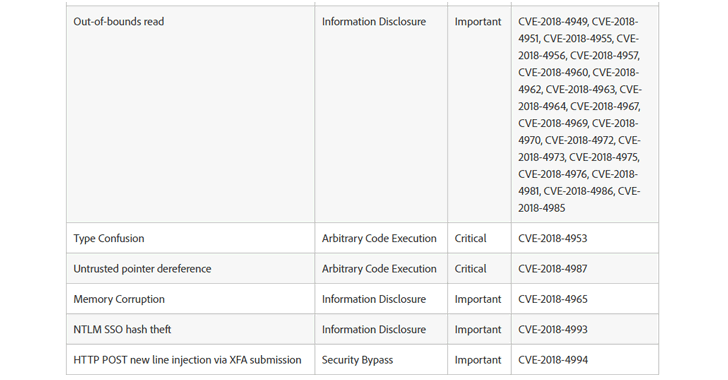 The latest Adobe Acrobat and Reader patches have been given a priority rating of "1," which means the flaws are either being exploited in the wild or more likely to be exploited in the wild. So, users are highly recommended to update their software as soon as possible.


Adobe has also released security patches for the Windows and macOS versions of Photoshop CC to address a critical vulnerability, categorized as "out-of-bounds write" issue, which can be exploited to execute arbitrary code in the context of the current user.

The company credited researcher Giwan Go of Trend Micro's Zero Day Initiative for reporting the flaw, which has been addressed with the release of Photoshop CC 2018 version 19.1.4 and Photoshop CC 2017 version 18.1.4.

This update has been given a priority rating of "3," which means the attackers have not targeted the vulnerability.