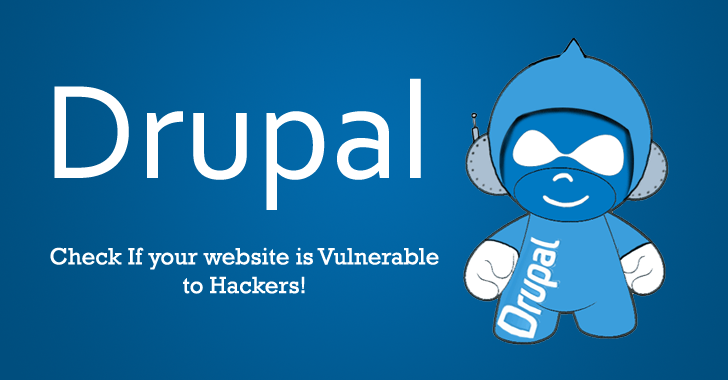 Below are the three separate Drupal modules that affect up to 10,000 websites:

1. RESTful Web Services – a popular module used for creating REST APIs, which is currently installed on at least 5,804 websites.

Since anonymous users can exploit this vulnerability and there isn't any mitigating factor, users are advised to patch their websites as soon as possible.

2. Coder – a module used for code analysis, which is currently installed on at least 4,951 sites.

The vulnerability exists in the Coder module that does not properly validate user inputs in a script file that has the PHP extension, allowing a malicious unauthorized user to make requests directly to this file to execute arbitrary code.

To exploit the vulnerability, the Coder module does not even need to be enabled. The presence of the module on the file system and being reachable from the Web are enough for an attacker to exploit this flaw.

3. Webform Multiple File Upload – a module used for collecting files from site visitors, which is currently installed on at least 3,076 sites.

The Webform Multiple File Upload module contains a Remote Code Execution flaw that could allow an attacker to take over any affected site entirely using some specially crafted requests.

Any site visitor could potentially exploit this vulnerability to take several malicious actions on the website, including completely taking over the website and server.