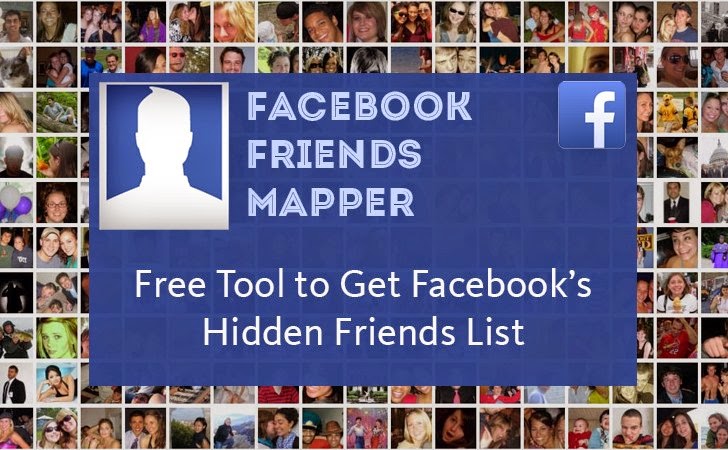 Facebook lets you control your every single information posted on the social media site by giving many options to make them private from others, even from your friends.

There are some personal information on Facebook that you just cannot completely hide — Your friends list are among those, even if there is an option to hide it.

The issue resides in the Facebook's mutual-friends feature concept, which has been in controversies in the past, raising privacy concerns.

However, the problem is…

...even if you set your friends list to private, other Facebook users may still be able to see part of your hidden Friends list and that part is a lot more than just your mutual friends.

If, for example, Facebook CEO Mark Zuckerberg does not share his friends list with the public and neither I am on his friend list. However, I have at least one mutual friend with him. Therefore…

...using Facebook Friends Mapper tool I would be able to see most of his hidden Facebook friends by exploiting the 'mutual friend' logical flaw.

2. Open Facebook Profile of user you want to target.
3. You will find 'Reveal Friends' option on Friends tab.

Just one condition to meet:

Facebook user, whose friends list you want to target, must have at least one mutual friend with you, and doesn't matter if you are friends with him/her or not.

Facebook Friends Mapper Chrome extension launched just a few days ago, so most of the users are yet unaware about this Facebook Hacking Tool.

If you are willing to keep your friend list private, then please note that Facebook's current privacy setting would not help you to resolve the issue. So, we expect a privacy patch from Facebook Security team as soon as possible before this tool goes wild.