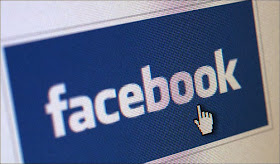 Security Researcher Dan Melamed discovered an Open URL redirection vulnerability in Facebook that allowed him to have a facebook.com link redirect to any website without restrictions.

An open URL Redirection flaw is generally used to convince a user to click on a trusted link which is specially crafted to take them to an arbitrary website, the target website could be used to serve a malware or for a phishing attack.

An Open URL Redirection url flaw in Facebook platform and third party applications also exposes the user's access token at risk if that link is entered as the final destination in an Oauth dialog.

This URL will always redirects user to the Facebook's homepage, but it is sufficient to manipulate the "url" parameter assigning a random string:

In reality the above URL generated a unique "h" variable and passed the url parameter to Facebook's Linkshim (l.php):

Once noted the redirection process, Dan Melamed explored the way to exploit the mechanism to bypass the restrictions on redirection and loaded an arbitrary link.

Dan discovered that simply removing the https:// part of the target destination is enough to redirect a Facebook link elsewhere without any restriction i.e.

The Facebook's Linkshim (l.php) interprets the link target.com the same as https://target.com making possible the redirection.

Facebook informed Dan that because the redirection occurs through the l.php method, the social networking platform is able to apply a proper filter from redirecting using automatic spam and malware analysis.

It is easy to understand that despite Facebook filters target url, it could not detect all malware/spam campaign addressed "and by the time a link is banned, an attacker would have already moved on to another link."

Facebook quickly fixed the vulnerability after the Dan's report and the payout $1,000 reward under the bug bounty program.