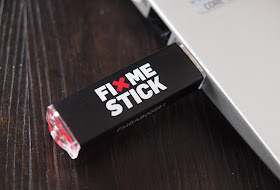 Windows 8 PCs contain a new technology called Secure Boot that only boots devices that have been verified by Microsoft.

Also Microsoft's own Offline Defender won't boot on Windows 8 PCs with Secure Boot on. Neither will Norton's Bootable Recovery Tool.

We asked the guys at FixMeStick how their external hardware-based anti-malware device can boot on brand new Windows 8 hardware with Secure boot on, as well as 10 year old PCs with 32 processors running XP. Here's their answer:
1. It got a Master Boot Record. : In other words, it boots on BIOS-based PCs, essentially all PCs prior to Windows 8.

3. It's 32 bit : There's a 32 bit operating system on the stick so it will work with 32 bit microprocessors. Most rescue ISOs\disks are 32 bit only, so by default they work on 32 bit processors and 64 bit processors.

5. It supports Secure Boot : Its boot loader and operating system kernel are based on Ubuntu 13.04 which are signed with the Verisign\Microsoft key and the signature is stored in the UEFI Key Enrollment Key database, so it will boot on PCs that ship with Windows 8 without requiring the user to fiddle with UEFI and Secure Boot settings.

6. and the USB storage device is under 1024MB : There is a generation of PCs that won't boot external drives greater than 1024 MBs. To work on the most different types of PCs, we have to use a USB flash drive with under 1024 MBs of storage.

"Of course the vast majority of our customers don't care about the boot architecture, they just want it to work so they can get back to using their PC as they please."

NOTE : If you are also interested to get one antimalware Stick for your system, Here's a coupon for our readers ($50 off a FixMeStick PRO for the first 25 people): HACK50

Another read : The FixMeStick : My Parents Need This